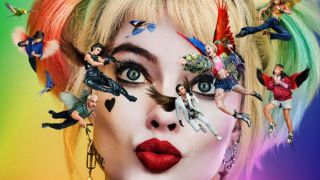 What's in the latest Fortnite patch notes? The new update is here, and there's much to chew over. After a quieter refresh last week saw new NFL skin styles and the return of ziplines, there's plenty more for players to get excited about this time around.

To close out the season before the Fortnite Chapter 2 Season 2 release date, we have another movie tie-in, and that means new skins and challenges. The Fortnite Birds of Prey event sees Epic Games celebrating the imminent new film featuring DC's famous feminine anti-heroes.

On top of that, there's the new Unreal Engine Chaos physics system, with the Launch Pad being unvaulted for certain match types. There's plenty more that could've been included in Fortnite patch notes 11.50, but now we have the full details straight from Epic for your perusal.

The headline part of the new update is the Bird of Prey-themed event, but the official patch notes just said the "new event starts soon" when the refresh went live. Expect challenges, cosmetics, and extra styles themed around the DC flick, however. Speaking of skins, there's a Harley Quinn one with its own associated challenges.

Of course, since we're approaching Valentine's Day, expect to see plenty of themed skins, wraps, and other cosmetics. The key new feature here, however, is the Love & War LTM, which also comes with its own challenges: