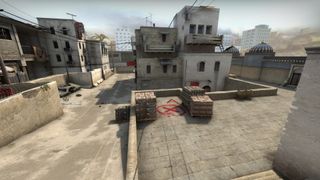 Counter-Strike is 20 this year, incredibly. The Half-Life mod was released way back in 1999, before being acquired by Valve, who then launched the 1.0 version in 2000. To celebrate the anniversary, you can now play an older version of the classic Dust 2 map in CS:GO.

A revamped Dust 2 was released in 2017, but Valve's released a "retro version" that you can check out in the Casual Dust 2 map group. It's an enduring, popular map and almost as old as Counter-Strike itself, so it's a neat way to mark the occasion.

It's so popular, in fact, that it frequently appears in other games, with fans recreating it in everything from Fortnite to Far Cry. Even if you've not played it in CS:GO or the original Counter-Strike, you might have come across it somewhere else.

The retro map is available now.