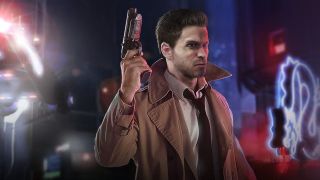 Update: Blade Runner has been in limbo for a long time, so we asked GOG how it was able to re-release it yesterday after so many years. Apparently it's been in the works since before the release of Blade Runner 2049, and GOG's been trying to get the rights for over a decade.

"Blade Runner is an iconic game that we’ve wanted to bring to GOG for many years," Mark Hill, business development director, told us. "It’s a great game, and one of the most wished-for titles of all time on our community wishlist, so we know our community wanted it, too. But as the legend has been told, the IP rights and the game code were in a precarious situation which made a potential release impossible for a long time. For over ten years we tried to hunt down the rights but just couldn’t make much progress.

"A few years ago, we got in touch with our friends at Alcon Entertainment, the production company behind the (then) upcoming Blade Runner 2049 film. I literally went over to their office and asked to talk to someone about Blade Runner and GOG (I don’t recommend this). Luckily they were really cool and we had a great conversation. They were happy to help obtain the interactive rights necessary to re-release the game, but even then it took a few more years to get everything in place. Finally, they said they were ready to go, we worked with the amazing people from ScummVM to get the game working, and here we are."

The ScummVM community managed to get Blade Runner working on modern PCs earlier in the year, after a lot of work. And now if you've lost your physical copy—guilty—or never got a chance to pick up the original, you can grab the DRM-free version on GOG.

Original story: GOG has rescued another classic game, one that's probably been at the top of a lot of people's lists, releasing it digitally for the first time. Blade Runner, Westwood Studios' classic adventure game, has finally returned. And you can grab it now.

Blade Runner has taken so long to appear because the source code was lost when Westwood Studios moved. It's actually thanks to the ScummVM community that we have this version, as they spent eight years reverse engineering the game's engine. And now GOG has made a deal with Alcon Interactive, the license owner, to release it digitally, DRM-free.

Though it's based on the movie, it follows a different detective, Ray McCoy, as he hunts down his own renegade replicants. It runs parallel to the movie and spins a pretty similar yarn, but it's a chance to properly explore LA and dig into things only briefly touched on in the movie.

Like its inspiration, it's also a looker. Sure, the lavish pre-rendered backgrounds don't look quite as stunning as they did in 1997, but it hasn't lost any of its style. There's no dearth of cyberpunk settings these days, but Blade Runner's LA is still a singular city.

At times it's a bit like an interactive Blade Runner museum, letting you play with all the toys Deckard used in the movie. You can administer a Voight-Kampff test, for instance, and use your Esper machine to analyse 3D photos of crime scenes. It's the police work that's the best part, even if it's sometimes just clicking on a low res photo a lot.