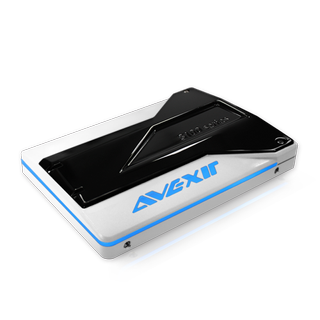 Avexir is a little-known company compared to the giants of PC memory such as Corsair and Kingston, but it does make some very pretty RAM. PC Gamer got a look at some of that flashy RAM, complete with bright LEDs, a few months ago. Now, Avexir has moved into the SSD market, announcing the S100.

Avexir’s kind of ridiculous, but undeniably fun designs have carried over to the S100, which has a “breathing LED light effect.” The company says that even lighting is ensured throughout the SSD, “creating the perfect rhythm in your PC for the best visual experience.”

The specs for the S100 aren’t mind-blowing, but if you’re thinking about building a PC that's more about design than function, then it could be a fun way to go. Avexir hasn’t announced any pricing information yet, but you can expect it to be a bit pricier than SSDs with similar stats.