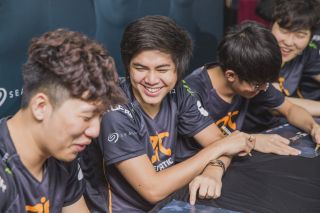 Take the world’s largest crowd-funded tournament, the largest and most difficult MOBA, and 90 of the hardest-working and most talented gamers in the world, and put them in Seattle for two weeks. What you’ll get is The International 7, the biggest Dota 2—and esports—tournament, held annually by the game’s developers, Valve.

This LAN is quickly drawing closer, and what is a tournament without its participants? Qualifiers for all regions have concluded, and the eighteen teams that will attend The International’s main event in mid-August have been decided.

If there’s any sign that the Chinese region has become quite competitive, it would be the regional qualifiers. Not unlike the years before it, some renown names and even top teams were pushed out in the group stage, including VG.J, which was one of the strongest squads several months ago, and EHOME, a famous regional banner.

But first and foremost, there are the teams handed direct invites, which are the most likely choices among those battling for respect in the country.

First, and most impressively throughout the 2016-2017 competitive season, is Newbee, with its entirely different squad than the banner’s TI4-winning run. With consistent appearances at the top events in the world, his fresh team has proven their year-round strength that clearly caught Valve’s eye. They’ve placed in most of their tournaments since The International, minus the Kiev Major 2017, where they fell to European TI7 direct invite Team Liquid in the single elimination bracket’s first round. Their main worry, though, is that they keep losing their top spots to other teams at events of the highest caliber. This doesn’t mean that they can’t pull it together for a winning push at TI, of course.

Their strongest regional competitor is Invictus Gaming, which earned the other Chinese direct invite, similarly a former TI-winning banner with a revamped squad. In recent months, they’ve performed beyond expectations, especially with a solid victory against OG in the Dota 2 Asian Championships. While their performance hasn’t always been completely consistent, they’ve done well enough to be considered one of the top in the region.

The qualifiers were as tough as the season itself for many Chinese teams, but there must be a winner.

None other than IG.Vitality came first. The sister squad to IG has performed fairly well throughout the year, with star players such as InJuly and up-and-coming Paparazi giving the team a reputation as a powerhouse of its own. While they lacked the sort of strength that gave their main squad its invite, they’ve been present and held their own at many events throughout the year. It paid off, as they took the top score in the China Qualifier’s round robin stages, earning the region’s first qualifying spot.

Soon after came phase two, where two teams under the same organization worked their way into the main event. First came LGD.ForeverYoung, a team well-mixed with up-and-comers as well as DotA veterans. In their most recent events, they’ve placed well, even rivalling their organization’s primary team, LGD Gaming. (Actually, LFY took the qualifier spot from LGD in both the Epicenter and Mars Dota 2 League qualifiers.) This banner also qualified for the Boston Major and continued to the second round of the single-elimination, but they shuffled in mid-May to much recent success.

Their older sibling org, LGD Gaming, eventually caught up in the final part of the qualifiers. LGD recently won their first LAN in years at MDL, and it was no small deal. The other teams they had to take on included European squad OG, and that wasn’t even in the Grand Finals (they took fourth). LGD also managed to top LFY and Chinese top pick Newbee, which placed second and third respectively at the event, to take the win. While the team didn’t show up for the event, they qualified for Galaxy Battles as well, and so they’re likely going to be a threat in Seattle.

With similar difficulty (and the same format) came the Southeast Asia qualifiers, stacked with teams and players passionate about—and fighting hard for—a spot in the main event. While none of the teams in this region managed to snag an invite, Valve has extended an invitation for three teams that can fight through the regional qualifiers. And, for the first time in Dota 2, two Philippines-based squads will be attending the same Valve event, though this is pending the question, and consistent issue, of USA travel visa acquisition.

For SEA, the team that took the round robin phase was none other than TNC Pro Team, one of the premier squads of the region. TNC has been an international underdog since their TI6 run, and they’ve been a favorite of the passionate region since. Only three of their teammates remain today: Carlo “Kuku” Palad, Marc Polo Luis Fausto or “Raven” and Samson Solomon Enojosa Hidalgo or “Sam_H,” with Theeban “1437” Silva from Canada and Filipino legend Timothy “Tims” Randrup now helping to lead the charge. In what’s considered a difficult region, TNC has managed to assert their presence within the top tier of SEA squads, and so their TI7 qualification is certainly no joke.

The next to rise up is Fnatic. While European at the organisation's roots, the franchise has planted its Dota 2 fortress in SEA, where it’s had mixed but notable success. Now, the team has an international mix, with former two Korean MVP.Phoenix squad members, Kim Seon-yeop “QO” and Kim “Febby” Yong-min, along with two Malaysian players and a Filipino player. The team’s only been able to play together at the Zotac Cup Masters in June, but the fact that this team could qualify in such a difficult reason speaks volumes about their potential.

Last, but certainly not least, comes Execration from the lower bracket. The organization has had its share of well-qualified players, but, much like other teams from the region, faced visa issues that prevented their team from success, specifically at the Boston Major. They were unable to perform well and shuffled just in time for the open qualifier. This newly-formed crew clearly worked well together, as they beat the former regional champions Clutch Gamers, and they even beat Team Faceless in the group stage. The team has a lot to look forward to during its big showing at TI7’s main event.