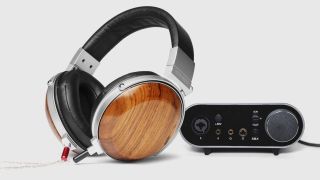 We don't talk about sound cards much these days. They were once a critical PC component, the only way to get more than shrill beeps and boops out of computer games. But once motherboards started building in audio chips, sound cards increasingly targeted the high-end—people who really care about things like upgrading their op-amps and own $1,000 headphones. While I do own a record player and a (cheap) tube amplifier, when it comes to PC audio, I'm not one of those people—I don't have the ear or the patience for audiophile perfection. And yet the Creative Sound Blaster AE-9 sound card is the nicest upgrade I've made to my PC this year.

Sound cards do offer better audio quality than the built-in audio on motherboards, but for most people, basic audio is "good enough." I like the AE-9 for another reason: convenience. Creative's latest card (and more importantly, its control box that sits on my desk) helped me simplify my PC audio setup and get rid of another device altogether without sacrificing functionality.

For the past several years I used the Sound Blaster X7, a similarly powerful external sound device that was meant to bridge PCs and entertainment centers. The sound quality was great, but over time I got frustrated with USB-based Windows audio. Sometimes I'd turn it on and Windows wouldn't recognize the sound device, forcing me to power cycle it a couple times or reboot my PC. It didn't reliably just work, which I'd blame just as much on Windows and USB audio support as I would the Sound Blaster software. Then, last year, I upgraded from a headset microphone to a Behringer B-1 condenser microphone, better for podcasting. The X7 couldn't provide the +48v phantom power needed to use the mic, so I had to buy another audio device to sit on my desk.

The AE-9 trades out the X7's ability to amplify an entertainment center's worth of speakers, but in return I got something I vastly prefer at my desk: an XLR mic input. I can now plug my speakers, Sennheiser 598 headphones, and condenser mic into the same device, and a button on the front of the AE-9 control deck flicks on support for +48v phantom power. Creative's marketing material says its "CleanLine" technology and circuitry ensures that there's no interference from other parts in the PC, like the graphics card, which can cause distortion. I don't know if I've ever had that issue, but my mic comes through strong and clean.

Instead of running off USB, the AE-9 uses an internal PCIe card. That's where most of the hardware lives, and a cord runs up to my desk power the control deck. That's been a fantastic improvement, too. No more fiddly issues with Windows choosing the wrong audio device or power cycling to get it to show up. The AE-9 turns on with my PC and turns off with my PC. It has a nice volume readout on the front, and a great big volume knob (a critical feature of any high-end audio device). Basically, it just works, doing the job I previously needed two devices for.

And the AE-9 still has some serious audiophile options: Optical out for 5.1 speakers, and optical in if you want to hook your TV into your PC speakers, for some reason. It has an impedance switch to ensure it works with higher-end headphones or in-ear monitors. Like the X7, the op-amps are user upgradeable. The software feels more reliable than the X7's, and isn't pushy about enabling audio profiles, but they're there if you want to play with them. I mostly use it to swap output from my speakers to my headphones, but I can also just reach over and press the volume knob for a couple seconds to do the same thing.

The takeaway for me, after trying out an AE-9 Creative sent me for a couple months, is that you don't have to be obsessed with audiophile-grade sound to appreciate a good high-end sound card. That's definitely still the most obvious reason to get one. But if you're a casual Twitch streamer with a quality microphone, or occasionally plug an instrument into your PC to record it, a good sound card can save you the hassle of buying a separate pre-amp and keep your desk cleaner.

There are definitely cheaper ways to get quality sound and power a mic—the AE-9 is $350, and a lot of the sound quality you're paying for there will also be present in a cheaper sound card, like the $130 Sound Blaster AE-5. A basic microphone pre-amp is only $30 or so. But having both in one package sure as hell is convenient. I'll probably build a new PC two or three times in the next decade, and the AE-9 sound card might be the only piece that makes the jump.