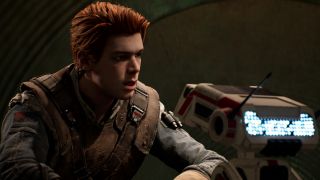 Around the middle of each month, Valve releases a list of the previous month's top-selling new games on Steam, based on revenues generated over the first two weeks of release. (That's why the lists don't come out until mid-month: Games that come out at the end of a month still need their two weeks to ring up the dollars.) Because Valve doesn't share actual dollar figures, the lists are chronological, based on release date, and there's often a little insight or spot of trivia about the peculiarities of each month's lineup.

With that prelude out of the way, here's the Big 20 for November:

The monthly rundown also includes the top five free releases, because those things make money too:

"This month, we noticed an exciting contrast between established franchises from well-known developers and fresh entries from newly created teams. Seeing franchises like Age of Empires, Sniper Ghost Warrior and Football Manager alongside newcomers like FrenzyRetribution, Ratropolis, and Lost Ember is really a testament to the variety of tastes present in the Steam community. Players certainly enjoy familiar content, but there is always room for unexpected surprises," Valve said.

"Another theme that stands out this month is the significant representation of prominent fan-favorite universes. These are names that need no introduction, as they are popular all over the world, not only in games - Gundam, Game of Thrones, Terminator, Warhammer and Star Wars. The success of these titles shows just how much excitement can be generated by huge universes that span across artistic mediums."

As always, Valve has put all of the month's biggest releases together in a sale page you can access on Steam.