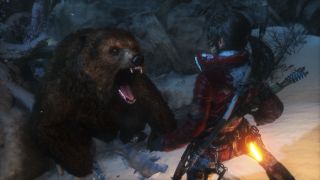 The Square Enix Holiday Surprise Box is, or at least may be, a good deal for aficionados of the company's output. Available for the next week, it bundles five games theoretically worth more than $80 together in a package that can be had for just $10. There's only one little catch...

Square Enix won't reveal the contents of the bundle until 12 pm PST on December 18.

The bundle will only be available for purchase until 11:59 pm PST on December 17, however, so if you want it, you're going to have to roll the dice. It's only a tenner, but as Geddy Lee so famously said, ten bucks is ten bucks.

I wish I could toss out some hints about what's in the package, but the truth is that I have no idea. To put it in Square Enix terms, you might get Thief 2, or you might get Thi4f. It's even possible you'll be able to whip up a five game/$80 bundle of your own choosing, although to be honest that doesn't strike me as very likely. Square Enix says only that the bundle will contain "a surprise selection of our most exciting PC digital games."

I wanted to include a link to the "What's in the box?" meme from Se7ven in this post, but sadly, PCGamesN beat me to it and I thought it might be in bad taste to repeat it. So instead, here's a less-famous but equally relevant bit of insight into the nature of the unknown and our never-ending struggle to come to grips with what might have been—and what could yet be.