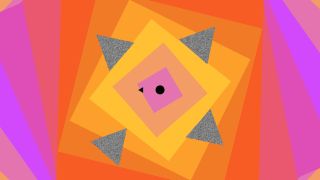 Jeppe Carlsen's rhythmic platformer 140 has just received a free update, around four years after the game came out. The update adds a new, "expansive" fourth level that features "original mechanics and a new boss fight", and that's not bad at all for the price of free. But the update bungs in a few other features, including cloud saving, trading cards, "less input lag and improved player character physics", and those are all nice things to have too.

If you enjoyed the electronic soundtrack, and you probably did, you can now grab that independently, either as DLC or, oooh, as a physical vinyl disc.

After 140, Carlsen went on to make the similarly minimalist puzzle-shooter Thoth. Both games are heavily discounted in the ongoing Steam sale, but if you want a DRM-free copy of 140, it's just been added to GOG, with a similarly huge discount in place.