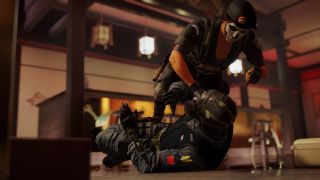 Rainbow Six Siege's Year 5 Pass will only include six Operators, according to details contained in the 4.2 update and uncovered by Reddit user ignotusartifex. That's two fewer Operators than previous seasons have added to the game.

Previously, 600 credits were also included in the pass, but that doesn't appear to be the case this time, with the notification not mentioning any additional credits. It does appear to have lost some of its value, but the price of the pass may also reflect this.

The pass isn't the only thing that's changing. Now that it's entered it's fifth year, the Rainbow Six Siege core team has decided to move on. Last month, creative director Xavier Marquis and brand director Alexandre Remy announced that they and others would be transitioning to new projects, leaving the game in the hands of a new team formed by developers who have already been working on the game.

While the leak looks like the real deal, Ubisoft has yet to confirm the Year 5 Pass details, so changes could occur before it becomes available.