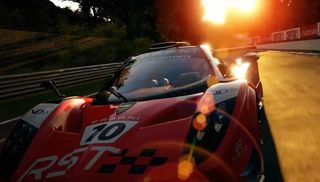 Look at most of the Project Cars coverage on the internet and you'll notice that the focus is almost entirely on the cars. Which makes perfect sense, really, as "Cars" is literally the name of the game. But what good is a car without something to drive it on?

Tracks don't howl and roar and skid and roll over in horrifying whirlwinds of disintegration, and so they're inevitably less sexy than the high-speed racing machines that do. But this video still manages to make them look hot, especially when the weather kicks in. Just look at the water effects on the Hockenheimring, and then try to tell me you don't want to try your luck on that slippery mess.

Project Cars will feature more than 30 tracks from around the world, each with multiple variations and subject to dynamic weather and time of day. Look for it to launch, barring any further delays, in mid-May.