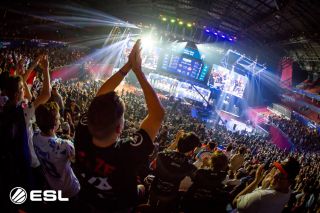 Sydney is losing IEM in 2020, with the CS:GO tournament defecting to Melbourne as the headline attraction of the Melbourne Esports Open. ESL announced the news today after weeks of speculation, with the tournament set to take place at the Rod Laver Arena in late August.

The $250,000 tournament made its Australian debut in Sydney in 2017. It's pretty much the only gaming event of its scale to take place in Sydney, with Melbourne long playing host to the likes of PAX, the Melbourne International Games Week and the aforementioned Melbourne Esports Open.

According to ESL, the addition of IEM marks the first global headline tournament for the Melbourne Esports Open.

"Australian Counter-Strike fans are second to none, and when we had the opportunity to bring IEM to Melbourne, to headline the Melbourne Esports Open, it was a perfect fit,” said ESL VP of Pro Gaming Michal “CARMAC” Blicharz.

“Australians have always generated atmospheres that could not be matched by anything else. Coming back for 2020 was a top priority, and the Melbourne Esports Open was a natural match. It will open Intel Extreme Masters to a broader audience and provide CS:GO fans a richer event experience."

Tickets for the Melbourne Esports Open and IEM Melbourne will go on sale February 14 via Ticketek. We went to IEM Sydney in 2018 and quite enjoyed it.