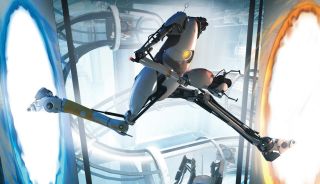 Good news for speedrunning fans struggling with the post-AGDQ blues: The GDQ-affiliated speedrunning event Frost Fatales is set to kick off in February, with runners blasting their way through a range of old and new games including Hyper Light Drifter, Spelunky, Portal, The Simpsons: Bart's House of Weirdness, Ducktales Remastered, Untitled Goose Game, and Tomb Raider: The Angel of Darkness.

Frost Fatales is a winter rendition of Frame Fatales, an all-women speedrunning showcase that first took place in May 2019. That debut event didn't have a charity component, but Frost Fatales will be raising money to support the Malala Fund, founded by Pakistani education activist Malala Yousafzai, which aims to encourage and support education for women around the world. Awesome Games Done Quick, which wrapped up earlier this month, raised a record-breaking $3.1 million for the Prevent Cancer Foundation.

Frost Fatales was actually announced earlier this month, but as noticed by Eurogamer, the full schedule was only posted yesterday. It begins with a pre-show at 9 am PT/12 pm ET on February 23 and runs (get it?) until 8 pm PT/11 pm ET on February 29, and will be livestreamed from start to finish on Twitch.