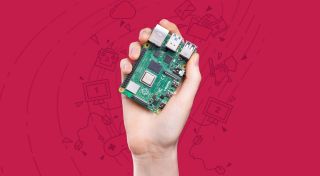 Several years ago, the Raspberry Pi Foundation rightly surmised there was a market for a low-cost, credit-card sized computer for modders and tinkers. The charity organization was quickly proven correct when it sold 700,000 units of its introductory Raspberry Pi Model B in 2012, and now seven years later, cumulative sales of the Raspberry Pi product stack has ballooned to over 30 million units.

It's quite the achievement. To put that figure into perspective, the Guinness Book of World Records recognizes the infamous Commodore 64 as the best selling single-model computer of all time, with sales estimates of between 17 million to 30 million units from 1982 to 1994.

In contrast, the Raspberry Pi has gone through several iterations, so the beloved C64's record still stands. Still, it is an impressive achievement, especially considering the Raspberry Pi is a niche product without the benefit of TV ads that the C64 had.

This makes me wonder how many people will one day look back fondly at the Raspberry Pi as their first real introduction into computing, like so many people (myself included) do with the C64. It's a different kind of situation, granted, but 30 million is a big number.

In case you're wondering, there are all kinds of neat things you can do on these mini PCs. We wrote about five cool Raspberry Pi projects in 2015, which include a home-brewed Steam box and a computer for your car. You can also build a games emulator, wireless access point, and many other things with these nifty little (and rather inexpensive at ~$35) devices.

The newest version of the Raspberry Pi is fairly powerful for its size and cost. It contains a quad-core 1.5GHz ARM-based processor, up to 4GB of RAM, dual-band Wi-Fi 5 (802.11ac) + Bluetooth 5 connectivity, support for dual 4K monitors, and a few other odds and ends.