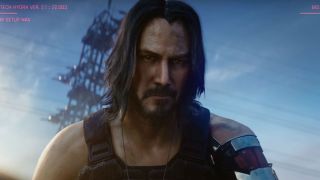 Cyberpunk 2077, which was slated to be out this April, isn't going to make it. CD Projekt Red dropped the news today that its big ugly-future-RPG has been rescheduled to September 17.

The full delay announcement is below.

We have important news regarding Cyberpunk 2077’s release date we’d like to share with you today. pic.twitter.com/aWdtR0grYVJanuary 16, 2020

R. Talsorian Games, the company that created the Cyberpunk tabletop RPGs that Cyberpunk 2077 is based on, expressed support for the delay on Twitter.

Our friends at @CDPROJEKTRED have delayed the release of @CyberpunkGame and we absolutely support them in this. Taking the time to polish and test and do so in a way which puts less stress on the team is important. We love the folks at CDPR and want them healthy and chill.January 16, 2020