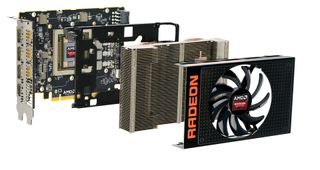 The AMD R9 Nano graphics card launched last year, and although it's a great little card, it was a bit pricey. Now, the R9 Nano has become just a bit better, as AMD is cutting its price from $649 down to $499 today, January 11.

According to our review of the card, last year the R9 Nano was definitely the way to go if you were building a powerful small form factor PC. Now that it's cheaper than the full size Fury X ($600), it might be worth considering elsewhere too, and it's a damn good deal compared to the Nvidia GTX 980 Ti.