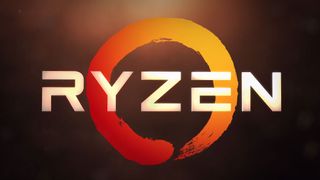 AMD had a lot to share at CES, from Ryzen 4000 CPUs for laptops, a Radeon RX 5600 XT graphics card, updated FreeSync branding, and much more. The CEO of AMD, Dr. Lisa Su, revealed a few more pieces of information in a discussion with journalists at CES, including details about Zen 3, future graphics cards, and ray tracing.

Most of the focus during the talk was with laptops, much like the main presentation. Dr. Lisa Su confirmed that Ryzen 4000 series APUs are using AMD's older Vega graphics architecture since "the Vega architecture is well known, very well optimized." However, she did follow up with, "you will see Navi in our APUs, and those will be coming," but not say when.

While the mobile Ryzen 4000 processors still use AMD's Zen 2 design, we were already expecting to see desktop CPUs with Zen 3 sometime this year, and Dr. Su confirmed as much during the talk.

Dr. Lisa Su also continued to emphasize the importance of ray tracing, but with the caveat of the technology still being in its infancy. "I’ve said in the past that ray tracing is important, and I still believe that, but if you look at where we are today it is still very early. [...] You should expect that our discrete graphics as we go through 2020 will also have ray tracing."

On the topic of graphics, Su also teased that a higher-end Navi card is in development, but declined to provide a timeline or any more details. "I know those on Reddit want a high end Navi! You should expect that we will have a high-end Navi, and that it is important to have it."

It was also interesting to hear Dr. Su's comments on ARM and RISC-V⁠—the former starting to compete with x86 on laptops and servers, and the latter being an open-source instruction set intended to compete with both ARM and x86. "We think that there’s a huge market out there for x86," Dr. Su said when asked if AMD would grow beyond the aging architecture. "I do think ARM has a market and capability, but from our standpoint the focus on x86 is the right thing to do. [...] Our focus is very clear, it’s all about high-performance compute, and for that x86 is the leader."