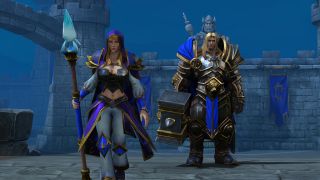 The multiplayer beta of Warcraft 3 Reforged, which retools the classic real-time strategy game for 4K, is available now. The full version, however, won't unlock until Tuesday, January 28. It releases at 3pm PT, but what does that mean in other timezones? Well, you can always find out at everytimezone.com, but here's a quick guide.

Note that the Arranged Teams mode added to vanilla Warcraft 3 via a patch won't make it into Reforged at launch. "We decided it was more important to get this behemoth of a patch out the door then continue to delay. That means AT will return with Reforged, not before," Blizzard said.

Want to know all about what's different, and what's staying the same? Here's everything we know about Warcraft 3 Reforged.