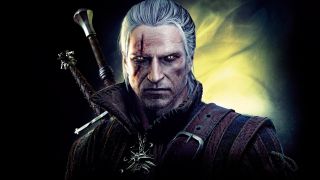 The Witcher 2: Assassins of Kings wasn't a blockbuster like Witcher 3, but it was still a fantastic and beautiful RPG back in 2011. If you missed it at the time, or are thinking about going back for another playthrough after getting in a witchy mood thanks to the Netflix Witcher series, you may find Assassins of Kings surprisingly tough at first, and not quite as glamorous as its sequel. Luckily, the modding community has been taking it apart and putting it back together for years, making it a better game than it was at launch.

Here are the best Witcher 2 mods. Install them before you go adventuring with Geralt for the ideal Witcher 2 experience.

How to install mods for The Witcher 2

Without Steam Workshop support, you’ll need to install these the old-fashioned way. That usually means extracting a .zip or .rar file to your Witcher 2 install directory. Read each mod’s description page or included readme (if there is one) for specific instructions.

Now, onto the mods.

This is a grab-bag of quality-of-life changes from several of the best mods, including Enhanced Mod Compilation, which makes lootable items automatically highlighted, auto-looting enabled, gives all items have no weight, and adds talent descriptions that do a better job of explaining what they actually do. It also includes a dynamic HUD, combat rebalancing, and an enhanced camera. This creates a more modern-feeling experience that is a bit more seamless with how things work in The Witcher 3. It’s a one-stop shop for a lot of the best the modding community has to offer.

If you only download one mod, it should be this one.

One of my main gripes with Witcher 2 was that Geralt just felt pathetically weak compared to most of his opposition, especially early on. That can work for some games, but there’s some major dissonance that comes from being told that your character is a special kind of badass, then getting completely wrecked by every giant bug you run into. This mod doesn’t change the core combat, but increases the number of talent points you get per level so you can work your way up to feeling like as much of a beast as Geralt is portrayed, in the books and on the screen. It’s a small, subtle tweak but a meaningful one.

If extra talent points aren’t enough for you, why not just play with everything unlocked? Combat, along with inventory management (which is fixed by the Quality of Life compilation above), was one of the worst parts of Witcher 2. This mod makes you an overpowered ultra murderlord right from the start, so you can play through to see the story without having to deal with the annoyance of getting one-shotted repeatedly by pedestrian-tier monsters who take way too long to kill. It’s thematic.

You still get to see the excellent narrative unfold and interact with its memorable characters. You’re missing out on the feeling of progression and the chance to learn how to use new abilities gradually, but not much else.

The Witcher 2 is more than eight years old, and especially with a gorgeous younger brother running around, it hasn’t held up flawlessly in the visual department. This is especially evident in some of the textures used, which can look muddy and washed-out on high-def displays, especially at resolutions above 1080p. This mod replaces hundreds of textures across the game to add depth, clarity, and detail. There’s also a submod that retextures all of the weapons to be nice and shiny. If only we could make your hair just as lustrous...

Geralt of Rivia from Witcher 3 Retexture

Geralt has undergone a significant face-lift in each of his appearances on the PC. If you’re craving a bit more consistency, this texture replacer will make his Witcher 2 incarnation look a lot more like the version you’re probably most familiar with from Witcher 3. My grandma always told me all Witchers are beautiful in their own way. And while those wise words are still with me today, I have to admit that this is a noticeable improvement—especially if you’re playing through the whole series back-to-back.

The in-game menus in The Witcher 2 only let you tweak certain graphical settings, giving you no control over others. As PC gamers we say, a blight upon that! You can always go poking around in .ini files in a pinch, but this utility will put all of the advanced graphics options into a nice GUI and let you tune to your heart’s content before beginning your adventure. Between this and the texture mods above, you’ll be able to get The Witcher 2 looking its absolute best.

If you’ve decided to skip the first game in the trilogy but don’t want to settle for the default world state when loading a new game, this package contains six different save files based on different decisions you could have made in The Witcher 1. These decisions are relatively small in the scope of the larger story. It’s not like importing your Mass Effect saves from one game to another where major characters might be dead or the entire composition of the government changed. But they will come up in Witcher 2 in a couple of neat ways.

If you feel unusually poor playing through The Witcher 2, that’s not just your imagination. Outside of quest rewards, it’s very difficult to make money. In the original Witcher game, shops would buy items from you for 1/5 of their “actual” value. In The Witcher 2, this was changed to a highly punishing 1/24 of actual value. This mod resets it back to 1/5 so you won’t have every shopkeeper in the Northern Kingdoms turning into the guy from Pawn Stars and saying the best they can do is a dollar for the magic silver sword you’re trying to get rid of.

You're almost certainly playing the Enhanced Edition of The Witcher 2, which introduced tons of improvements about a year after the initial release. Unfortunately it also introduced a bug which made it impossible to persuade Radovid in a specific conversation. This small mod fixes that.