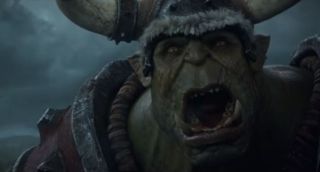 Warcraft 3 Reforged has the lowest user score of any game on Metacritic, currently sitting on a 0.5. While this dubious record was previously held by Day One: Garry's Incident, a number of drive-by 10 out of 10s have pushed it up into second place, inflating its user score from 0.4 to 0.7. For comparison's sake, even Metal Gear Survive has a user rating of 1.2.

According to user bob4ever, Warcraft 3 Reforged is the "Worst remaster in the history of remasters." Meanwhile solwltar says that, "Blizzard disabled my old Warcraft 3 version and trying to force me to download additional 30gb(my game was only 2gb) , also I heard you no longer has option to play maps that had custom models like pokemon, naruto and dbz not to mention they removed custom campaigns and lan games. 0-10". And Encore 22 is upset that, "Blizzard has a paragraph in the user agreement for this game that they have exclusive rights to any custom game which is made in this game. Just unbelievably **** from one of the companies who used to be my #1 by miles. This game does not deliver on what it promises and I am not even going to start on the price (40$) on what is essentially a HD mod."

As well as complaints about being forced to update existing copies of Warcraft 3 to a new version, changes to custom maps, various bugs, and the updated EULA, a large number of players are surprised that the cutscenes haven't been updated as dramatically as the intro was (something Blizzard did mention, but only if you were paying attention to interviews they were giving at the time by which I mean waiting until five minutes into this). Some people aren't fussed by the new menus, and others expected more new dialogue—Blizzard scrapped plans to rewrite the story after fans who wanted all the original voices left in complained.

After the Diablo Immortal announcement and the Blitzchung debacle, Blizzard really could have done with a win. Turns out, Warcraft 3 Reforged is not that.