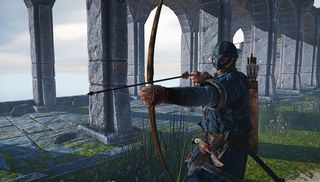 "What do you think a Viking is? Bravery? Fury?" asks the launch trailer for War of the Vikings. In my experience of muliplayer combat, it's more likely to be teabagging and complaints about lag. Unsurprisingly, the narrator has rather more lofty ideals to accompany the footage of Fatshark's War of the Vikings, which—after six months sailing through Steam Early Access—has now been officially released.

War of the Vikings continues Fatshark's series of melee-based online arenas (MBOAs?), following on from War of the Roses . Unlike that game, WotV doesn't feature the voice of Brian Blessed. That's a shame, because I'd really like another excuse to photoshop his head onto something .

There are three editions of the game available, one of which costs £135 / $175. Presuming you aren't heading for financial Valhalla, the regular game costs £19 / $25.