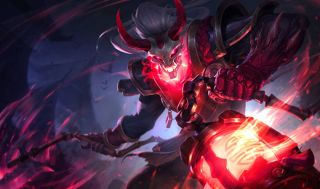 Riot Games has announced a new partnership that lets players exchange their blood for a new League of Legends skin.

No, vampires are not involved. The partnership is with Dutch organisation Sanquin, a not-for-profit blood bank, and revolves around the #MyFirstBlood scheme, a new blood-drive spearheaded by the company.

“Anybody who has watched the EU LCS can tell you that securing First Blood is one of the most important objectives on the Rift. Similarly, donating blood in real life is crucial for those in need, which is why we’ve partnered with Sanquin,” Alban Dechelotte wrote on the lolesports website. “The organisation is responsible for the blood supply in the Netherlands and is on a mission to combat the concerning decrease in blood donor numbers.”

The partnership means that anyone who signs up for their first blood donation with Sanquin will receive the Blood Moon Thresh Skin. If you reside in the Netherlands can sign up from now and through the EU LCS finals on September 8th.

It’s certainly a novel way to encourage blood donations, although the whole “blood for skins” message does sound like something you’d hear in a post-apocalyptic future. As an aside, I once tried to give blood, but the nurse said my blood was too slow, which probably explains why I am so bad at twitch-based multiplayer games.