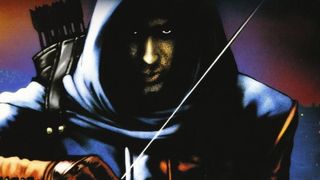 Here's the thing about PC gaming: every year is great for one reason or another. Just for fun, though, we let the PC Gamer staff select the best years in PC gaming, through a vigorous process of putting a line next to the years they wanted to vote for, based on the games that were released in those twelve months.

The results below definitely reflect the respective ages of the team (most of us are in our thirties), so it's worth keeping that in mind. This process offered an interesting at-a-glance perspective of how quickly PC gaming changed, and how certain types of games would come and go. Let us know your choice for PC gaming's best year in the comments.

There's a quick buck to be made remastering or rebooting all of the best PC games of 1999. Indeed, many of them have received updates already, but we would play the hell out of a new X-Wing, or a new Dungeon Keeper, or a new Alpha Centauri.

1999 was a year of great experimentation. System Shock 2 gave us one of the best gaming villains ever in Shodan, and pioneered aspects of the immersive sim as we know it today. You don’t have World of Warcraft without Everquest. Arena deathmatch classics Unreal Tournament and Quake 3 Arena clashed at the end of the year, giving audiences a splendid Christmas full of frags. Away from the noise and bluster of rocket launcher duels, Relic turned out the beautiful, melancholy space RTS, Homeworld.

This feels like a pivotal year in the course of PC gaming: Lucasarts' adventure games were arguably at their peak, and the release of Doom was obviously a huge moment for the first-person shooter. X-Wing marked Lucasarts' first foray into space flight simulation, and hammy FMV puzzle game The 7th Guest would delight dads worldwide by justifying their purchase of a CD drive (Myst was released on Mac in 1993, but on PC in 1994).

This was also the year that PC Gamer magazine launched in the UK, making 1993 an obvious candidate in this list. In issue one, released in November 1993, we gave IndyCar Racing 93%, Star Trek: Judgment Rites 92% (which writer Richard Cobbett would later call 'pretty good' in his piece on Star Trek games) and Frontier: Elite 2 90%.

Many great games were released in the 2000s, but in 2007 the PC enjoyed smash hits across shooter and strategy genres. The Orange Box was an insane deal. TF2 and Portal are modern classics and a new Half-Life episode was released amid furious hype. Elsewhere, Call of Duty: Modern Warfare 4 revolutionised the online shooter and showcased some of the best linear singleplayer shooter missions ever. Meanwhile, Bioshock and STALKER showed us that shooters could be atmospheric and intelligent.

The games released in 1998 are still shaping games released in 2018. Half-Life pushed the 3D shooter forward. Baldur's Gate refined the template that Pillars of Eternity sticks to today. StarCraft celebrates its 20th anniversary this weekend, having spawned hugely successful esports tournaments all over the world. Grim Fandango was remastered in recent years because its sense of humour and Day of the Dead meets Casablanca design still feels fresh today. 1999 was brilliant, too, as we’ve mentioned, which made the run-up to the millennium a pretty special time for PC gamers.

2015 felt like a ridiculously strong year for PC gaming while we were still living it. The amount of amazing games is staggering, and they're spread across such different genres: everything from FMV game to open world RPG to city builder. You can see how strong it was just by examining our GOTY choices—we had more great games than awards to give, really, and the selection process has been slightly more straightforward in the years since.

To dig in deeper, this year featured the start of a competitive gaming phenomenon in Rocket League, a future PC Gamer Top 100 winner in The Witcher 3, a beloved narrative adventure game in Life Is Strange, a CRPG revival in Pillars of Eternity and the start of another competitive gaming phenomenon in Rainbow Six Siege. The Witcher 3, Fallout 4 and MGS5 all releasing in the same year was quite an event, in retrospect, considering these were all massive games from studios that take their time to release projects.

PC gaming is definitely in a golden age—the volume of new releases means there's always too much to play, but there's no denying the excitement that comes from the amount of choice we now have in what we play. 2015 was just extraordinary.