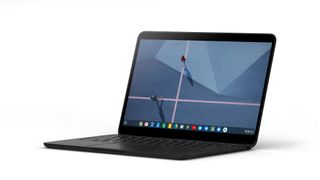 According to an interview from Android Police with Google Chrome OS Director of Product Management Kan Liu, Google is working to bring native Steam support to Chrome OS devices, and Valve might be helping to make it happen.

The interview, which was conducted at last week's Consumer Electronics Show, discusses how Google and, allegedly, Valve are aiming to have Steam run as a native app on Chrome OS devices, which include the hugely popular Chromebook laptops. While no release date for this is given, it'll likely rely on Steam Proton, Valve's own open-source compatibility layer that allows Steam and many Steam games run on Linux platforms as if they were native. Liu also cited other cross-platform APIs like Vulkan over the Windows-exclusive DirectX becoming more popular in recent years.

Up until now, official support for Steam on Chrome OS has been non-existent. There have been ways to get it running, but all of them are either fiddly, ineffective, or both. And that's ignoring the fact that most Chrome OS devices are lightweight in the specs department and probably wouldn't be able to run the games even if the software compatibility was there.

Regardless, the fact this is something Google and Valve may be working on together is exciting, as it shows once again Valve's commitment to Steam being an OS-agnostic platform for gaming after schemes like Steam Play opened up Mac gaming and SteamOS, Valve's first foray into Linux.

On Google's side, Liu notes that games are the most popular apps downloaded for Chrome OS devices and having a major storefront like Steam running natively on it would only help further bolster Google's attempts to push into gaming. Epic, GOG Galaxy, Uplay or Battle.net aren't on Chrome OS yet, which would give Valve a massive advantage.

No timeline for this has been announced, and Valve has yet to confirm if it really is working with Google. If it's true, this will open up Chrome OS to more than mobile game apps for the first time. Provided in-game performance can be improved, this could become a cheaper, easier way to get into PC gaming than a Windows laptop. I've reached out to Valve to see if it's ready to spill the beans, so keep an eye out for updates.