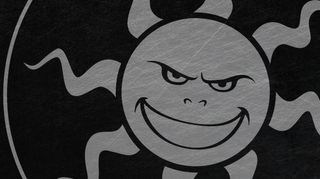 Starbreeze, the struggling publisher of games including Payday 2 and Overkill's The Walking Dead, has announced that it will lay off approximately 60 employees—roughly 25 percent of its total workforce—in an effort to reduce costs and establish long-term profitability. The company said the layoffs are expected to be "fully implemented" in November 2019.

"In the past six months we have made a number of changes to the business following our strategy to focus on the core business. We have divested some operations that we consider non-core and we now have to look inward to make the core business more efficient," Starbreeze CEO Mikael Nermark said. "To make staff reductions is a tough decision to make, but necessary to enable Starbreeze to develop well long-term."

Starbreeze has been in a "challenging financial situation," as the company put it in the announcement, since late 2018, after Overkill's The Walking Dead tanked badly. It filed for reconstruction—essentially a last-ditch effort to avoid liquidation—in December, after which its office in Stockholm was raided by Swedish authorities over allegations of insider trading. Since then it's sold off publishing rights to games including System Shock 3 and 10 Crowns, as well as a studio, Dhruva Interactive.

The layoffs are expected to reduce costs at the company by 3 million krona ($318,000) per month. Despite its efforts to stay afloat, however, Starbreeze said last month that the company won't make it another year without some form of external funding.