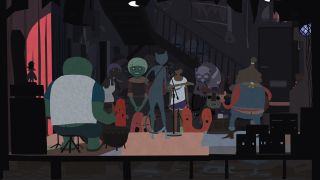 Nominees for the 2020 IGF awards were drawn from a selection of more than 550 games, which were submitted to "a diverse set of expert jurors from across the industry for final consideration." The winners will be announced during a ceremony that will take place on March 18 during the Game Developers Conference. For those who can't attend in person, the whole thing will be livestreamed on Twitch.

Behold the full slate of nominees:

The winner of the alt.ctrl.GDC award, given to "the most engaging, intriguing, and well-executed game using unconventional, accessible or alternative physical controls," will also be handed out during the ceremony. More than 20 games are in the running for the trophy and $2000 prize this year—the full list of contenders, with trailers, is available at gdconf.com.