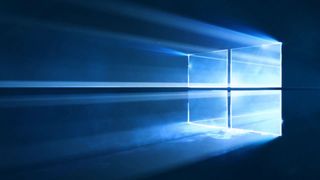 Microsoft's latest Windows 10 update, KB3213986, is reportedly causing some issues with 3D rendering apps, like video games, on systems with more than one monitor.

First posted by The Guru of 3D, the problem causes screen stuttering or clipped screens on some machines with multiple monitors. Microsoft apparently knows about this, as it is listed as one of the update's known issues, but we have no news yet on when a fix is coming. Microsoft has listed some workarounds though, the first says you should run the application in Windows mode, i.e. not in full screen. The second is even more cumbersome, with the suggestion being you launch the application with only one monitor connected.

The update includes "quality improvements" rather than any new operating system features, so if you're having troubles you might consider uninstalling the update until a fix is implemented. That is, unless something like improved reliability of Groove Music playback in the background or one of the other minor changes is important to you.