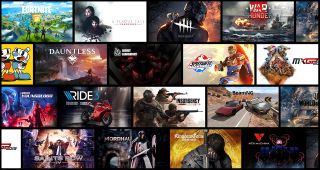 Compared to Google Stadia as it currently sits, GeForce Now is the better cloud gaming service. Both are still limited by the available bandwidth in your home, and that will continue to be a driving consideration when it comes to cloud gaming as long as data caps exist, but GeForce Now's advantages are currently overwhelming. It supports way more games, there's a free option, and the $4.99 per month subscription is half of what Stadia charges.

Stadia's launch in November, with a slim selection of games and missing features, felt more like a beta. GeForce Now feels like a full and robust service today, but that's partially because we've been tinkering with it in various forms for an awfully long time. Nvidia's Grid beta back in 2013 was supposed to help make the Shield handheld into a better portable gaming device, but that never really happened. It originally had a limited selection of games streaming at 720p30, which was less than ideal, but it was later updated to support 720p60 and 1080p60.

Grid eventually morphed into GeForce Now, which left beta for Shield devices as a subscription service in 2015 that didn't gain traction. Then it reentered beta for PC cloud streaming in 2017, and officially left beta again this week. In short, Nvidia has over seven years of research and public testing behind GeForce Now, and it shows. Latency can't match running on a local PC (that will never happen, Google's claims notwithstanding), but performance is certainly acceptable. With a good connection, there's barely any stuttering or lag on even the most demanding single-player games like Metro Exodus, and surprisingly smooth gameplay on multiplayer games like Overwatch.

Nvidia offers plenty of tweaking options as well. The latest release of GeForce Now lets you customize your streaming setup. The default 'balanced' mode is 1080p60 with an automatic maximum bit rate (which in testing appears to be around 25-35Mbps). 'Data saver' drops to 720p60 with a 12Mps max bit rate, while 'competitive' sticks with 720p but provides a 120 fps frame rate with an 'auto' bit rate. Or you can go full custom and define a maximum bit rate of anywhere from 5-50Mpbs, resolutions of 720p through 1080p, and either 30 or 60 fps frame rates. 5Mbps 1080p60 is surprisingly playable, and cuts the bandwidth use to just over 2GB per hour if you're worried about data caps.

Outside of pricing, equipment, and the game library, there's one other huge thing GeForce Now has compared to Stadia: Individual graphics settings for every game. Stadia only allows you to select from three streaming quality settings in its mobile app, but since you're running mostly standard versions of Steam (or whatever) games with Nvidia's service, you can tinker with the game settings as you see fit. You can tweak texture and shadow quality, reflections, ambient occlusion, and more. And with the Founders subscription, you can enable or disable ray tracing features in supported games.

Nvidia doesn't provide precised details on all the system specs for the GeForce Now servers, but games currently run on either Turing-based or Pascal-based graphics. Right now, that means GTX 1080-class cards for the free tier, and RTX 2080-class cards for Founders memberships. The CPUs are currently identified as "Intel CC150," which appear to be 8-core/8-thread processors running at 3.5GHz. The server hardware also gets updated over time, so future iterations will add faster GPUs and CPUs as needed.

If you have good internet (we recommend 100Mbps down or higher for the 'balanced' mode), in many games you can crank up those settings to ultra and not tank the framerate. That's in part because GeForce Now limits your max resolution to 1080p. Or you can just stick with Nvidia's recommended defaults, which are usually a good blend between visual fidelity and performance.

GeForce Now also lets you take screenshots and save them to your computer instead of only viewing them on a mobile app, without a way to download them. And you can play on more devices overall: PC, Mac, Android phones and tablets, Shield TV, with Chromebook support coming later this year. Stadia has Chromebook support, but you can only play Stadia on Pixel phones, currently.

As far as playing system-intensive games without a powerful rig, GeForce Now is a far better deal than Google Stadia at the moment, which requires you to purchase a $129 'premiere edition' that includes a Chromecast Ultra, Stadia controller, and a code to activate Stadia on your personal Google account. There's $0 going toward extra equipment with GeForce Now, unless you have a really old PC that isn't compatible with it.

But launching a game on GeForce Now is a bit hit and miss. Popular games install extremely fast—the files are already stored locally on Nvidia's servers, so it can be nearly instantaneous. Less popular games still download quickly: Lego World showed a download speed of 90-100 MB/s, but 'downloading' a game to Nvidia's servers is nearly instantaneous for the most part, and you don't have to wait for background patches, either.

It's not all rosy, however. We timed launching Metro Exodus on GeForce Now and a high-end desktop with a Core i9-9900K CPU and RTX 2080 graphics. The fastest time from clicking 'go' to loading a save and being able to play on GeForce Now? Nearly five and a half minutes. On a desktop with a Ryzen 7 3700X and RX 5700 XT, it took three minutes and 20 seconds.

However, there's a caveat to this: you cannot skip the opening credits when playing on a 'new' PC (which is all GeForce Now PCs, apparently), which accounts for much of the load time. Still, Metro is a beast of a game, and it takes a minute and a half to load into a save from the main menu, compared to about 30 seconds a high-end desktop. And on that home desktop, you can skip the opening scenes after the first launch, cutting down total load times to a minute and a half.

We also tried loading Overwatch on a desktop with a Ryzen 7 2700X and an RTX 2080 Ti. It took 30 seconds from pressing play in the GeForce Now launcher to load into the main menu, compared to the 21 seconds it look on the same local PC. That's partly because Overwatch doesn't have a bunch of unskippable loading screens at the start, plus it's a less demanding game overall.

Load times will of course vary somewhat depending on how busy Nvidia's datacenters are and what kind of game you are playing. Testing during the early afternoon Pacific time, it looks like it takes a minute or so for GeForce Now to spin up a virtual machine and launch the desired digital store (eg, Steam, Epic, Battle.net or Uplay). After that, depending on the game it might be another minute or so to fully boot in. Stadia is not immune from that, either.

The main thing Stadia has over GeForce Now at the moment is Nvidia's session limits. On GeForce Now, free members can play in one hour sessions, paid members in six. On Stadia, you can also play in 4K on your TV and phone. But 4K sucks up a lot of data, and you could easily go over a 1TB data cap in a month. More significantly, in our experience near launch, few of Stadia's games were actually running in native 4K, and settings were often tuned towards medium. GeForce Now limits the resolution to 1080p, but lets you configure game settings. And Stadia's 4K streaming is still missing on PC.

GeForce Now is as good as it currently gets for cloud streaming that caters to PC games. If you already have a tricked-out rig, then likely you don't need to use it. But if you're a student or someone who isn't terribly hardware savvy, but wants to get into PC gaming, it's an excellent gateway—and it's free to use. We'd choose this over Stadia any day.