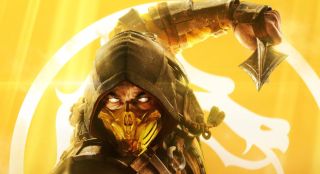 Tuesday's report about brutal crunch on Fortnite's development at Epic Games has spurred former NetherRealm developers to speak out about the working conditions at the Mortal Kombat studio.

The allegations on Twitter from a former full-time employee and multiple former contractors paint an unpleasant picture of long periods of crunch throughout the development of Mortal Kombat 9, X, and the Injustice fighting games. PC Gamer also spoke with four former members of NetherRealm's contractor QA team, who corroborated the reports of months-long crunch and poor pay for contract workers during their time at the company.

"On [Mortal Kombat 9] crunch officially began after New Year's day 2011. Of course, we did a bit of pre-crunch before that, just to make sure we were in a good spot for crunch. This was on schedule documents. this was not a wink-wink-nudge-nudge 'passionate hardworking' thing, this was mandate," James Longstreet, a software engineer at NetherRealm for two years, wrote in a Twitter thread.

"I took one day off between Jan 1 [2011] and the day the day 1 patch was approved. It was my birthday, and it was on a Sunday, so it was ok if i was just on call. I was allowed to go to a friends' wedding (on call of course) on a Saturday night, after working an 8 hour shift first. Those were the only two days i didn't work from at least 10 am to at least midnight. We were all doing this. I mean, except the bosses, of course, who would leave after dinner."

it's been 8 years, and they've made it clear to me that I'm persona non grata there anyway so, fuck it: working at NetherRealm on MK9 nearly killed me. I didn't sleep more than 4 hours for months. from january to april 2011 i was at work more than half of the timeApril 23, 2019

We talked over email with another former QA tester, Isaac Torres, who worked at NetherRealm from 2012 to 2013 on Injustice and is now a designer at Iron Galaxy. "I crunched for about 4 months straight… I was regularly doing 90-100 hour weeks and worked every single day," he wrote.

"I was tired all the time. It took me about 30-45 mins to get home since I had to take a bus. But I know someone who stayed on the couch in the office to not risk falling asleep while driving. I literally had no life for several months. There just wasn’t time. I would get to work at 9 or 10 am. I would leave at 2-3 am. And then that process would mostly repeat itself. Honestly, I have no clue how I did it. I’m pretty sure I aged 20 years in the span of three months."

Beck Hallstedt, who contributed to Injustice 2 as a contract concept artist, weighed in on Twitter with more allegations in response to Longstreet's tweets, saying that NetherRealm Studios "needs to be exposed for predatory and abusive behaviors in the same ways that Riot, Epic, and Telltale have." Hallstedt claimed that the studio relies heavily on temporary workers "on a 9 month on, 3 month off cycle with zero benefits near minimum wage, strung along with lukewarm messaging that maybe you'll be hired 'after the next contract'."

"Some folks have been doing this for 4+ years. Some folks have gone into huge credit card debt b/c of it," Hallstedt wrote. "Because of this NRS's contractors NEED overtime to survive. They NEED the time-and-a-half pay to make rent."

Former NetherRealm QA analyst Rebecca Rothschild backed up Hallstedt's statements, writing on Twitter: "I worked as a contractor at NRS and can confirm everything @beckhallstedt has laid out here. Lots of amazing people work at NRS, but there are serious, systemic issues that need to be addressed."

We spoke with Rothschild about her work at NetherRealm from 2014-2016 on Mortal Kombat X and Injustice 2, and she painted a similar picture of poor treatment of contract workers and long periods of overwork. Rothschild described "severe massive crunch periods trying to make submission deadlines."

"For each one it felt like we were coming in hotter and hotter," she said. "I was working 90-100 hour weeks for both titles. I can personally say from my recollection that nothing improved from MKX to Injustice 2. Everything was down to the wire. Everything was worse."

She described those periods of crunch as a blur, but said the 100-hour weeks could go on for a month or two, then cool down and ramp back up again for the next deadline. The same thing would happen leading up to big events like E3.

She was paid $12 per hour. "We were second class citizens, and that was made clear in many little ways," she said. A supervisor tried to make QA "feel lucky" for the extra pay that resulted from crunch overtime work. "This money's great but if I have no life and am working myself to death, what good does this money really do me?" Rothschild said in hindsight. "I didn't appreciate that from a supervisor who wasn't there as often as his underlings."

Another former QA analyst, who requested to be quoted anonymously, confirmed the $12 hourly wage, and spoke about how that rate fed into crunch. "I managed to get by for a while, but it got to a point where I had to put my student loans on hold. If it wasn't for the money made during crunch, I'd likely have had to settle for a different job and industry, which was something I didn't want to do because this is what I had just finished school for and had a passion for. I didn't want to throw that all away even though I probably should have thought differently."

Torres wrote that in his experience, those 100-hour weeks, at least for the QA team, weren't even efficient. "I can’t speak to how it is now but even crunch itself was totally mismanaged in QA. The amount of times people sat around waiting several hours for a new build was insane. Tasks were rarely given out so unless you were self motivated you likely had no clue what you should be doing. I don’t know how anyone thought crunch was even remotely useful."

Rothschild said the same thing about her time working on Mortal Kombat X and Injustice 2—during months-long crunch, QA would often spend hours with nothing to do, waiting for work.

Another former employee, who also requested anonymity, said they and a workmate filed a formal complaint about NetherRealm Studios with the Equal Employment Opportunity Commission.

"We brought up the harassment, the bathroom issue, the secret nicknames that the devs had for all the female employees, the lack of women who actually had full-time jobs, the singling-out that we experienced, etc etc. It took a year for the EEOC to decide that apparently nothing bad had happened and on top of it all NRS insulted my coworker and me, telling us we were misremembering everything and taking personal jabs at our skills," they told us.

"We tried to get others involved but they were scared of getting blacklisted and being retaliated against which made our case harder to get pushed through."

NetherRealms "lawyered up against us," they added, but took no direct action against them as a result of the complaint. The former employee told us their contract was not renewed, however.

Despite the issues she experienced at NetherRealm, Rothschild stressed that "there are so many good and talented people there that care so much," and Longstreet and Halstedt tweeted similar sentiments.

"I am always forever grateful for the opportunities I was given by specific people at NRS," Torres wrote. "I know many of them wish things were different and they have tried to make things better. That said, my experience was a mixed bag. The people you work with help keep you sane but it took me years to get over the crunch mentality. I feel much more comfortable talking about it now only because I’ve been away from it for so long.

"The developers at NetherRealm are some of the best in the world. They deserve to work on a game that has a schedule that actually fits within a reasonable amount of time instead of crunching a year’s worth of work into 6 months... I know many of my friends still working there will be mad at my comments but I hope they realize that it’s not an attack on them personally."

We've reached out to NetherRealm parent company Warner Bros. Interactive but did not receive a response before publication.