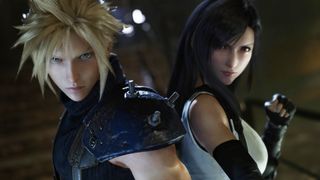 Final Fantasy 7 Remake will only be stuck on PS4 for a year after it launches, the box art has revealed. The long-awaited JRPG will appear on the console on March 3, 2020, and exactly a year later the exclusivity will end.

The timed status of the exclusive deal has been rumoured for ages, with Xbox Germany's Facebook page adding more fuel to the rumours when it claimed the game would be launching on Xbox One. Ultimately this was an error, as it had the same release date as the PS4 version. Square Enix followed this up by clarifying that it still had no plans for other platforms.

While this isn't quite the same as announcing the game for Xbox or PC, it certainly suggests that we'll be able to get our hands on it then. It also seems like it would be a prime candidate for Xbox Game Pass, as Microsoft is adding every game from the original 7 to 15 to the service next year. News on other platforms is unlikely to appear soon, however, but so far this is the clearest indication we have that it's coming.

Historically, I am entirely incapable of waiting for games to come to PC if they're already on PS4, though I also have a tendency to get them a second time if there's the promise of mods, hence why I'm a cowboy again. Final Fantasy 7 Remake also looks absolutely gorgeous, so of course I'd like to see how much better it could look on my rig. I'm such a sucker.