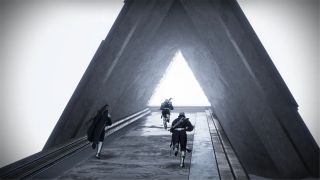 Destiny 2's Guardians have been attempting to unravel a mystery in the Corridors of Time, hanging up their guns and becoming code crackers and sleuths. Nobody knew what they were going to find in the end, but thanks to the efforts of some diligent squads, now everyone does.

Lots of players and streamers have combined their efforts to crack it over the last five days, using codes earned from going through the Corridors of Times to construct a map. But now the solution is out in the wild, letting everyone reach the next step.

Once you input all the Destiny 2 codes and unlock the mystery of the Corridors of Time for yourself, you still won't be quite done with the quest. You'll need to hoof it back to the Tower where you'll get another task from Saint-14. This should prove a lot simpler, thankfully, and you'll be able to let your brain rest for a moment as you kill a bunch of Fallen. Relaxing!

For your trouble, you'll get the Destiny 2 Bastion quest. Watch streamer Datto is model it below.

The weapon was revealed in the Season of Dawn roadmap and was expected to appear later this month, so everyone can get their hands on it early. So far, the response to the reward has been tepid, however, even though the gun itself seems pretty neat. Apparently not neat enough to justify the effort. Or maybe there are just a lot of fusion rifle haters on Twitter.