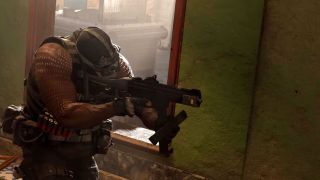 Call of Duty: Modern Warfare season 2 is here, and it brings with it plenty of new features to freshen up your FPS experience. Some information was leaked beforehand, but much of that has now been confirmed by the official trailer and roadmap, and it's now arrived.

So now that the CoD: MW season 2 update has officially arrived—and free to all Modern Warfare owners—here's everything we know about the second phase of Modern Warfare.

Happily, you don't have to wait long before Modern Warfare introduces new content and a new battle pass to grind through all over again, because it's already here. In case you need reminding, Call of Duty: Modern Warfare season 2 update time is February 11 in the following time zones:

The season 2 battle pass is familiar

The season 2 battle pass is similar to its predecessor. Featuring 100 tiers and various weapon blueprints and cosmetic unlockables, the battle pass price is 1000 COD Points, and a bundle—which includes 20 tier skips— at 2400 CP.

You can also earn up to 1300 CP back. That healthy sum would cover the standard battle pass cost, with some currency to spare.

Multiple new operators are coming: get ready for Ghost

The trailer shows off a highly anticipated new operator, Ghost. The British special forces soldier can be seen at the beginning of the leaked trailer saying "Price, something's wrong in Verdansk. Send fighters I can trust".

Little else is known about the new operator for Modern Warfare, but Ghost will be available on day one of the new season. The Tier 100 cosmetic item also appears to be reserved for Ghost, too.

What to expect from the season 2 roadmap

The recent roadmap confirms much of what we already suspected following various leaks. The information we didn't know pertains to what's coming later on in the season, however. That's the new operators Talon and Mace, plus another "classified" weapon.

But that's not all, it also looks like we'll be getting the new Kandor Hideout map, plus Infected Ground War and Gunfight Variants.

You'll be tweaking a new assault rifle and SMG in Gunsmith

A new season just wouldn't be the same without a couple of new weapons to add to your loadout. The weapons briefly seen in action in the trailer are confirmed by the CoD season 2 roadmap to be the Striker 45 SMG and GRAU 5.56 assault rifle.

These are your new battlefields

Modern Warfare's 2v2 mode, Gunfight,gets a brand new map: Bazaar. The map's location is in Urzikstan, giving a brief glimpse at the surroundings.

Pots and pans can be seen hanging, close to where one of the soldiers slides in behind a large crate. Along with the name of the map, it looks like this is a marketplace that now sits in partial ruins.

Ground War's massive 64-player mode is also getting a new map: Zhokov Boneyard. Stationed in Verdansk, Kastovia, the feature shows off lots of military vehicles zooming around a yard of metal crates and abandoned aeroplanes. While soldiers are also shown running on foot, this area is constructed with large tubes and ramps to fashion a high-speed assault course.