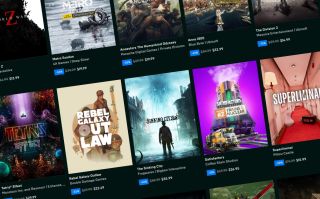 The Epic Games Store has kicked off its big Holiday Sale 2019 with discounts of up to 75 percent, a $10 coupon that can be rolled into more $10 coupons when used on eligible games, and, as announced last week, the first of 12 free games that will be given out one per day until the end of the month.

The coupon is an interesting twist: It's basically an automatic $10 deduction on your first purchase of $15 or more during the sale, but when you use it on an eligible game (the FAQ states that it can't be applied to pre-purchases, non-game purchases like DLC or season passes, or in-game purchases such as V-Bucks) you'll get another $10 coupon that you can use on another game—and if that one is also eligible, boom, another coupon comes your way. It's basically an across-the-top $10 cut for everyone, but gamified, sort of.

The 12 Days o' Free Games kicks off with Into the Breach, an outstanding minimalist strategy game from FTL studio Subset Games. Bear in mind that these are daily giveaways, not weekly as Epic has done throughout the year, so you've got 24 hours to snag it and if you snooze, you lose. Get it here.

And yes, there are sales. Such as:

There's a lot more than that, but those are a few I might be inclined to throw money at. The Epic Games Store Holiday Sale 2019 runs until 11 am ET on January 1.