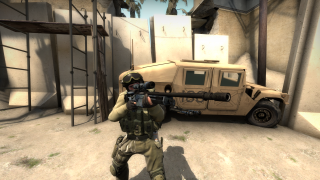 Last weekend's fourth CS:GO major, DreamHack Winter, ended up as one of the most memorable tournaments of the year for a variety of reasons—some good, and some bad. Let's examine the biggest storylines that emerged from the event.

LDLC came into their quarter-final against Fnatic not only having never bested the Swedes, but having lost two straight tournament finals against them. They split the first two maps in their series, and then put up a strong 12-3 first half on the deciding map de_overpass.

Though Overpass is very counter-terrorist favored, LDLC managed to win their terrorist pistol round, thus giving them a very good chance of going up 3-0 in the second half—and practically eliminating fnatic. At 3-13, fnatic successfully used a previously unknown boost, which was so overpowered that it basically breaks the entire map, and thus was immediately ruled illegal by many.

After losing the second half 0-13, with olofm boosted on nearly every round, LDLC protested about the boost and DreamHack admins spent the next six hours determining what to do. Upon coming to a conclusion to replay the second half, Fnatic protested and the whole saga continued.

Ultimately DreamHack's ruling was that both teams replay the entire third map, as they found LDLC using another potentially illegal boost. The community was outraged with the decision, and soon after fnatic wound up forfeiting the third map and withdrawing from the tournament.

In reality Fnatic probably knew their odds of winning without the boost were non-existent. They took a risk in using it, as there were no clear rules against it—but it obviously breaks the map when you see it in play. It was a gamble, and it didn’t pay off.

It’s only too bad it took DreamHack so long to come to a decision, thus making the entire situation exponentially worse.

The French came into DreamHack Winter as the world’s second-best team, and were seemingly doomed as they drew their kryptonite Fnatic, who were upset by HellRaisers in the group stage, in the quarter-finals.

Once past the Swedes, LDLC took down Natus Vincere 2-0 in the semi-finals. In the grand final the former VeryGames trio of NBK, shox and SmithZz drew their long-time nemesis NiP, but this time they could not be stopped. LDLC split the first two maps, but came back from a 13-15 deficit on the final map (Overpass, appropriately) to win in overtime with in-game leader and HLTV.org MVP Happy leading the way.

LDLC are now the official CS:GO world champions and arguably also the best team in the world, given the importance of the major, and their long track record of second place finishes.

It’s a shame some will place an asterisk next to their win due to the Fnatic controversy, but LDLC can sleep knowing they had the game in the bag by then, if not for Fnatic’s shenanigans.

Fnatic are no longer invincible

Since their loss at DreamHack Stockholm, Fnatic have been seemingly invincible. In Jönköping last weekend that aura was seemingly gone from the get-go, with HellRaisers coming back from a 4-11 deficit in their match to top group A ahead of them.

Though their 5-8 th place finish only comes due to withdrawing from the tournament following the previously covered controversy in LDLC decider, it’s hard to make a case for Fnatic standing a chance anymore at the 3-13 deficit they faced on Overpass.

The kings of CS:GO for the past three months have been slain, and with the drama surrounding the team anything but done, it remains to be seen what happens with one of the most dominant teams of all-time.

NiP return to the top

NiP were the defending champions from the previous major in August, but had not made the top four in any tournament since then, or qualified for any online league’s finals. Following their roster change that in early November saw Fifflaren retire and Maikelele join on a trial basis, it was unclear what shape NiP would show up in.

The best team in CS:GO history delivered once again, making their fourth consecutive major grand final. Along the way they lost to LDLC in the groups, defeated HellRaisers easily in the quarter-finals, and survived a thriller of a series, including a double overtime game on de_nuke, against their long-time rivals Virtus.pro.

Despite falling just short in the grand final, it’s safe to say NiP has returned to the very top of professional Counter-Strike. They have found a way to fit Maikelele in their system—or adjust the system around him—and will only get better as the team has more time to gel.

You can expect an official announcement of Maikelele becoming a permanent fixture in NiP any day now.

Coming up next will be ESEA Invite Season 17 Global Finals this coming weekend in Dallas. The event features eight teams in Fnatic, Virtus.pro, Titan, mousesports, Cloud9, iBUYPOWER and two North American underdogs, but three of those six are using a stand-in.

For Titan, their coach ioRekan, ESWC champion from a year ago—is replacing VAC-banned KQLY. mousesports’ star player allu can’t make the trip due to school commitments, and former ALTERNATE member and mouz legend from CS 1.6, gob b, is stepping in. Finally, iBUYPOWER’s new member desi is not allowed to play, and ex-member adreN will take his spot temporarily in Dallas.

Although it pales in comparison to DreamHack Winter, ESEA Finals will provide three days of solid action, including an all-star match on Friday, and should keep fans entertained for a little longer before the holiday season.

In 2015 the first big tournament will be MLG Aspen, scheduled to take place at X Games on January 23-25, with eight of the world’s best teams attending. NiP, Fnatic and Cloud9 have been invited, and online qualifiers for both Europe and North America are set to begin soon.

You can find Tomi on Twitter at @lurppis. For more competitive CS:GO coverage, go to www.HLTV.org.