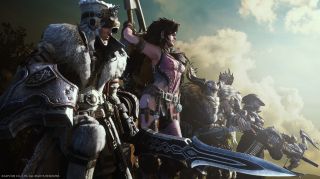 According to Capcom, Monster Hunter: World Iceborne's endgame will be harder than the base game, even if your hunter is appropriately upgraded.

Game Informer recently sat down with Monster Hunter devs to talk about difficulty in World and Iceborne. The devs say the decision to ramp things up in Iceborne wasn't a random decision, but a direct response to fans.

"We've taken that feedback to heart from players who wanted more difficulty and more challenge and really delivered on that," executive director and art director Kaname Fujioka said. For the most dedicated players, the endgame is where the most time is spent. It's important to keep things interesting for the most skilled hunters, but many fans believe this is where World fell short.

Fujioka told Game Informer that World was toned down in difficulty because the team knew it would be many players' first entry in the series. They were trying to not accidentally make it too hard, but now the team is comfortable letting loose for Iceborne.

Iceborne's story content will have the gradual rise in difficulty expected from an expansion, but Fujioka says players who have kept up with World's post-launch content will naturally have an easier time thanks to better gear.

The Iceborne update will also introduce a dynamic difficulty system that fluctuates monster health based on the number of players. Previously, a monster either had normal health in singleplayer or double in multiplayer, but it will now appropriately scale if someone drops out of the quest mid-hunt.