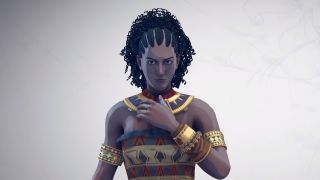 Amplitude, the studio behind Endless Space and Endless Legend, is making a historical 4X game to directly rival Civilization 6. It’s the game its founders always wanted to make, and with Sega’s backing are finally able to realize as a big budget strategy game.

But Humankind isn’t about aping the existing mechanics of Sid Meier’s latest, throwing in some graphical improvements and leaving it at that. Amplitude’s vision differs significantly to the established blueprint, with an emphasis on multiculturalism and adapting to the situation instead of sticking rigidly to one approach.

Here’s everything we know about the possible end of Civilization as we know it, Humankind.

When is the Humankind release date?

So far Sega and Amplitude have only narrowed it down as far as a 2020 release. The studio’s previous releases don’t follow any consistent cadence pattern so that really is as much as we have to go on currently, though we’ll update this once more info’s broadcast.

Go on, have a peek at Humankind’s announcement trailer

There are a few sweeping in-game shots of the landscapes towards the end of this trailer, and straight away both the differences and similarities to Civ are apparent. Hex tiles, a grand strategy favorite, build the map. But the topography’s much more pronounced and dramatic. Frankly, the level of environmental detail looks a good few notches higher than in Civ 6, too.

And here’s another, which gives a better impression of how the game fundamentally works. Rather than picking one culture and sticking with it throughout thousands of years, your own tribe’s culture is influenced by those of your neighbors, allies, and invaders over time.

There’s also a very top-level demonstration of how topography affects combat—archers raining arrows down onto soldiers from higher ground to great effect—and a visual demonstration of what that melting pot of cultures and architectural styles looks like over time.

How eras work in Humankind

There are six distinct eras along the timeline of your campaign, beginning as you’d expect with the prehistoric era. In this phase you’re establishing the foundations of your culture, making decisions like where to build your first settlement and whether to split up your tribe to cover more ground and risk being savaged by mammoths, or stay together as a stronger unit covering less ground.

Then at the end of each era, you pick from a list of 10 cultures you’ll choose to represent in the coming era. Each of them comes with particular traits—the Nubians’ knack for commerce, for example, or Rome’s famous empire-building.

While your plans might change depending on future dilemmas, traits from your cultures at the end of each era can be carried over. As time passes, your people become a melting pot of different cultures, and that’s reflected in the look of your cities themselves. Contrasting architectural styles all meet and blend within one hex tile, telling the story of the decisions you made throughout history.

There are 10 cultures in each era in Humankind

Libyans, Romans, Nubians, Egyptians, Germans, Assyrians, Babylonians, Harappans, Hittites, Chinese—we spotted quite a few during our visit to Amplitude. But those we’ve seen are just a small fraction of the 60 total cultures—10 in each era—in the final game. And cards on the table, we don’t know what they’ll all be.

They do bring unique units such as Chinese rocket carts and Roman Praetorians though, so your choices are likely to bear real visual and mechanical impact on the game at every given juncture.

Given that you don’t play as an already established culture in Humankind, you can’t very well assume control of an established historical figure. That means it’s up to you to design your character as you might in an RPG, setting all the sliders to max and seeing how grotesque you can possibly push your appearance before eventually resetting them all and arriving at a slightly more attractive version of yourself. (Just me?)

As displayed in the second trailer above, there’s obviously a lot of scope for visual indicators of different cultures, but it’s not clear how granular you’ll be able to be about your creation. Sims 4-style eyelid and earlobe sliders, please, Amplitude.

Say so long to traditional victory conditions in Humankind

As enjoyable as it is to decide on pursuing a science victory from the dawn of man and pursue that goal unwaveringly for thousands of years—and it’s very enjoyable—it’s not very realistic, is it?

In reality, civilizations rise and fall, and cultures don’t ‘win’. They just… are. To that end, simply enduring the challenges of time is your primary goal in Humankind. As Amplitude’s own studio head Romain de Waubert de Genlis puts it, "You can’t win history, that’s not what happens."

So what’s the point of playing Humakind, then? Actually, it’s all about fame. That character you created right at the beginning of the game accrues fame for doing all sorts of things. Beating enemy attackers, sure, but also peaceful activities like building impressive things or having a massive city. Fame’s expressed as stars, and a total of 21 stars are available each era. Over six eras, that’s 126 possible stars.

You’ll need to earn seven of them in a given era in order to progress to the next, and since the same amount are available in the prehistoric era as the very last, there’s less emphasis on the late game than you’d find in a Civ campaign.

Terrain is a big deal in Humankind

Amplitude released a developer video explaining how terrain will factor into claiming victory for your civilization. High ground is of course useful for combat advantages, but it's better for scouting as well. Walking through a valley will obscure your vision but walking over a plateau will let you see further. Spotting interesting locations will be important as well. Finding notable landmarks like the largest desert or ocean will let you name them, claiming extra fame for your civilization. The same is true of unique natural wonders.

Amplitude also goes into how terrain is generated based on biomes. Each territory has a certain biome type that will generate the appropriate landscapes and strike a balance between realism and style.

But will Sean Bean be in it?

Sadly nothing can compete with Sheffield’s most famous and most oft-killed-on-screen film star voicing beautiful little quotes from history’s prominent figures. Maybe Humankind will have Ben Kingsley reading a page from The Little Book of Calm every time you end a battle?