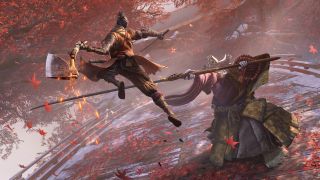 A campaign has been created to encourage people to vote in the upcoming UK election on Thursday. The campaign, called the Gamechangers Giveaway, was created by video game presenter and voice actor Elle Osili-Wood who launched the giveaway earlier this week.

Osili-Wood has received a wealth of support from game publishers, developers, and studios with the giveaway including over 200 games and gaming prizes. Publishers like Bethesda, EA, and Activision have pitched in alongside the likes of Frontier and Raw Fury. Games up for grabs include Call of Duty: Modern Warfare, Prey, Planet Zoo, Sekiro: Shadows Die Twice, Yakuza Kiwami 2, and The Walking Dead: Definitive Edition.

To enter the giveaway, voters must tweet a picture of themselves outside a polling station with the hashtag #GamechangersGiveaway to be up for a chance of winning prizes. The winner of the grand prize will receive twenty games, 2 EGX Rezzed tickets, a £50 InsertCoin clothing voucher, a Cyberpunk jacket and a heap of gaming merch that would make a great early Christmas present.

This Thursday, it's incredibly important to vote. So, I'm launching a massive #GamechangersGiveaway, with 200 GAMES up for grabs, as well as a huge Grand Prize! To enter, you'll need to take a selfie outside the polling station after you vote.Want to know what you could win? pic.twitter.com/F06Aupc08RDecember 9, 2019

The Gamechangers Giveaway will go live on Thursday, December 12 when the polls open, for more information and a full list of the prizes check out Osili-Wood's Twitter and follow #GamechangersGiveaway.