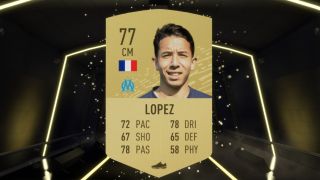 FUT. The ruin of many an otherwise stable footballing enthusiast. It starts off with a few matches after work, and oh look! You’ve just opened an in-form Sadio Mane. Now you’re invested. It’s only a matter of time before you pawn your own mother to fund your pack opening kick now.

Contrary to what YouTube’s suggested videos bar would have you believe though, there’s a lot more to FUT mode than opening cards and bellowing. Here’s what you can expect from FIFA 20’s take on the time-honoured mode.

Objectives proved a popular edition with the community in FIFA 19, so they’re being expanded beyond daily and weekly windows in the new game. New season objectives, as their name suggests, offer a longer-form reward window and the first kicks off on 19 September through to October. There are 30 reward levels for this first season. Crikey.

It’s essentially a new way of drip-feeding rewards, so you’re always on the verge of ticking off one objective or another and reeling in that sweet plunder. Also new to the series, dynamic objectives pop up without warning or regular scheduling, and may be tied to real-world events.

We’re still rolling with new objective types, though: foundation objectives offer a sort of tutorial experience for new FUT players, while milestone objectives aren’t tied to any particular season but instead reward even longer-term goals. Has the word ‘objectives’ lost all meaning now? Then our work here is done. Onwards.

Yes, there’ll be customisation. And yes, it’ll be more varied and more tweakable on a granular level than before. Eight Club customisation options can be mixed and matched, with new Stadium Themes, Tifos, unique custom balls, new crests, and custom celebrations to express your team identity with. Although everyone will definitely still just do the salmon after every goal.

These new options include new custom kits, which apparently proved some of the most popular kits in all of FUT last year. As for new stadium themes and Tifos, your Stadium theme will feature on the sidelines and in the crowd, and you’ll spot your Tifo in the pre-match intros and goal replays.

Here’s another all-new feature this year: friendly 11v11 matches in which contracts and fitness aren’t depleted, and no red cards or injuries carry over. It’s a mode for settling ‘friendly’ debates with mates about who’s crafted the sexiest of sexy football establishments, without the need to tie it to ongoing objectives and stat-tracking. You can apply custom house rules to these matches too. Speaking of which…

Returning modes Headers and Volleys, Survival, Long Range, No Rules, and Classic Match are all in, and in FIFA 20 joined by a couple of new modes exclusive to FUT, and two more which are available not only in FUT but Pro Clubs and Kick Off too.

Max Chemistry, a FUT exclsuive, removes and chemistry penalties and puts any squad, regardless of positions and links, a 100 chemistry rating.

Swaps, the other FUT exclusive mode, lives up to its name by swapping three player cards around between you and your opponents’ squads. If you manage to score with one of their players, it counts for two.

Mystery ball sounds absolutely mental: every ball has a tonne of random variables assigned to it, from goal values ranging between 1-3 to stat boosts for the player in possession. Then there’s the all ball, which does all of the above.

Finally, King of the Hill places a control zone on the pitch and challenges you to stay in possession of the ball within it. The longer you stay, the more points you accrue.