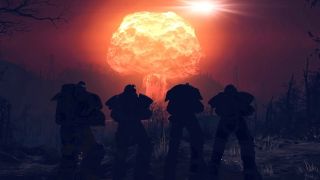 As promised, the Fallout 76 beta had its fair share of bugs, and while the beta has now ended, it hasn’t quite stopped causing problems. Some PC users are reporting that the Bethesda.net launcher won’t let them uninstall the game. It’s a bit clingy.

One Reddit user showed how trying to remove Fallout 76 resulted in a pop-up on the launcher claiming that they did not have access to the game. Another thread suggests that this is an ongoing issue. A Reddit user cancelled their Amazon pre-order and then found themselves unable to uninstall the beta. Bethesda forum members have similar complaints.

This isn't the first issue that seems to be connected to the Bethesda.net launcher, which the publisher opted to use instead of other platforms. One error forced some players to redownload the beta, and Bethesda extended the hours of the beta in response.

We've reached out to Bethesda for comment, and we'll update if they get back to us.