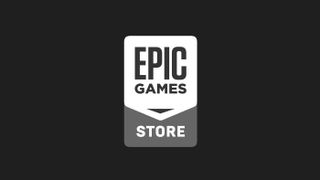 Update: Epic Games is launching its own store, and while more details will be revealed at The Game Awards, we’re already getting an idea of how the store is going to function, as well as how it’s going to differentiate itself from other platforms, especially Steam.

One way Epic plans to seduce players from other platforms is by throwing free stuff at them. The store will feature one free game every fortnight throughout 2019, funded by Epic, Tim Sweeney told GamesIndustry.biz.

Epic also wants to use the store to bring game developers and marketers together using the Support-A-Creator programme. It’s designed to reward influencers for making things related to developers’ games.

“Previously, most creators were not compensated by game developers for their work and instead had to rely on donations. By matchmaking creators with developers, the Epic Games Store makes it easier for players to discover games, and rewards content creators for their efforts.”

One thing the store won’t have is forums. Developers will have access to their customers through a news feed, while players will have tools that allow them to get in touch with developers, like a ticketing system and bug reports, but Epic wants to avoid things that can allow toxicity to flourish. User reviews are planned, however, so it will be easier said than done.

“Users have generally migrated to Reddit, Discord, Twitter, Facebook groups, and other social media,” he said. "Developers are free to run their own forums and social media and link to them from their Epic Games Store pages.”

As for the type of games you should expect to see on the store, Epic is hand-picking them at the moment, and it won’t just be a store for Unreal games. Epic will waive the royalties it normally takes for games using its engine, but otherwise all engines will be welcome. Eventually, once the doors are open, there will be an approval process based mostly on the technical side of things. “[W]e don't plan to curate based on developers' creative or artistic expression,” Sweeney added.

Original story: Fortnite developer Epic Games is launching a new online shop called Epic Games Store. The store will offer an 88/12 percent developer-to-Epic revenue split, compared to a 70/30 split on Steam for devs earning less than a certain amount. The Epic Games Store is launching soon with a collection of titles that will expand throughout 2019.

Epic is leaning hard on the revenue split disparity between Steam and their new store. CEO Tim Sweeney tells MCV that “In our analysis, stores charging 30 per cent are marking up their costs by 300 to 400 per cent." The announcement also came with a graph to push the point.

Games using any engine will be allowed on the store, though Epic will waive the licence charge for games that use its Unreal Engine.

“We believe that creators, both games developers and content creators, are responsible for the game industry’s enormous growth and vibrance, and should earn the lion’s share of industry revenue,” says Sweeney to MCV. “Companies providing supporting services, such as engines, stores, platforms, and payment processors, are just here to help, and should be priced accordingly.”

More details are planned at the Game Awards on Thursday. The announcement comes at a tricky moment for Steam. Some indie developers are upset at revenue split alterations that favour top-selling games. An accidental algorithm tweak has also been causing problems for some devs.