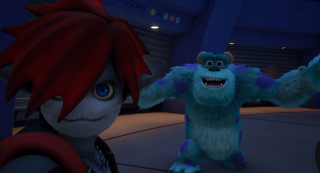 Disney has always been stingy with its properties, but that may be set to change as it lays out its new plan for gaming.

At the 2020 DICE Summit, and shared by The Hollywood Reporter, Disney's Senior VP for Games and Interactive Experiences, Sean Shoptaw, said he wants to "empower [developers] to do really unique things" with Disney's huge list of properties. He encouraged the developers at his DICE talk to "come and play" with its franchises.

This new approach has been inspired by some notable recent successes with Disney's properties. Insomniac's Spider-Man and Jedi: Fallen Order, in particular, are named by Shoptaw, who says he wants games that take a Disney property and "reimagine" it in new ways.

Disney moved away from directly producing its own games in 2016, with the closing of Disney Interactive Studios and the demise of Disney Infinity.

While it's had some success in the mobile space since then (Disney Heroes, for all its gatcha-ness, is very good), it's taken to leasing out its most successful properties to other companies. EA has had sole control of Star Wars games since LucasArts' closure in 2013, getting some success with games like Star Wars: The Old Republic and Jedi: Fallen Order, while also suffering some major setbacks, like Battlefront 2.

Disney's old approach of having great control over games using its stories or characters has also caused friction with Square Enix thanks to their Kingdom Hearts series. Series lead Tetsuya Nomura said in an interview with USGamer that it had become "increasingly difficult to get approvals from Disney", particularly in how the game uses recent films like Frozen and Tangled.

And then there's Marvel vs. Capcom. Its latest game, Marvel vs. Capcom Infinite, received widespread criticism for only including Marvel characters found within the Marvel Cinematic Universe. Many of the series mainstays, like all of the X-men, were completely absent, leading to accusations of meddling from Disney.

With that in mind, this new way of working with developers could produce some very interesting results. When Disney has loosened up its grip on games in the past, the results have been great. Monolith's Tron 2.0 was an excellent continuation of the series before Legacy arrived seven years later. The Epic Mickey games continue to be some of the most visually fascinating games out there—if not the best to play. As recently as last year, the X-Men-filled Marvel Ultimate Alliance 3 launched to decent reviews.

When Disney loosens the reins on developers working with them, brilliant things can happen. Here's hoping Shoptaw can actually make good on his statements and give us some weird and creative new Disney games soon. My vote is for Bully, but set at Monsters University.