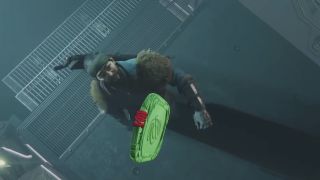 Destiny 2's new season starts in March, and it's bringing some welcome changes, including a nerf to rapid-fire shotguns and significant tweaks to the excellent Gambit mode. Bungie says that it's tried to address some of the feedback it's received since the mode appeared last year. Here are the changes:

As for those PvP changes, Bungie reckons rapid-fire shotguns and the full auto perk have become so essential in PvE that it's made other shotguns pointless. With the update, all shotguns will effectively do double damage, but the rate-of-fire bonus for shotguns will be reduced from 100 percent to 10 percent.

Check out more of the changes here.

During the final week of Season of the Forge, you'll also earn triple infamy from wins, losses and bounties, starting on February 26 and ending on March 5. That should help you get ready for the new and—hopefully—improved Gambit.