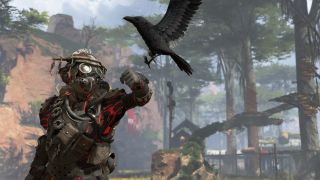 Apex Legends launched on Monday, a surprise that everyone knew was coming, and so far it looks like a kick-ass hero shooter. Unfortunately, players are currently only able to fight friends playing on the same platform, but the good news is that Respawn does have plans for cross-play.

The developers has "plans to allow players to play with their friends on other platforms," it told Eurogamer. That does not include sharing progress and purchases, however. If you're playing on PC and decide to download the PS4 version, for instance, you'll still need to start from scratch.

While cross-play is becoming increasingly popular, it's far from ubiquitous at the moment, with Sony only recently agreeing to tear down its walls, so Apex wasn't built with cross-platform progress and purchases in mind. Apparently this "can't [be] reconciled after the fact".

There's no date for cross-play yet, but keep an eye out for the announcement.