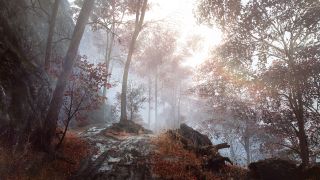 An update for Battlefield 5 which is set to drop tomorrow will add four-player co-op as well as Nvidia DLSS support.

We first heard about the four-player co-op last year. The mode, named Combined Arms, will let you team up with up to three friends to take on AI enemies in eight different PVE missions with objectives across four different maps. As for multiplayer, Rush mode will be back at the beginning of March, but only for a limited time during Chapter 2: Lightning Strikes.

Additionally, the update will add Nvidia DLSS support for RTX cards. Paul explains what the system does in detail here, but essentially DLSS (Deep Learning Super Sampling) is a rendering technique that delivers "pretty visuals and faster performance than anti-aliasing at QHD and 4K resolutions" through machine learning.

A whole host of bug fixes are also addressed in the update affecting maps, modes, vehicles, and weapons, as well as improvements to TTK (Time to Kill) and TTD (Time to Death). You can check out the full patch notes here.