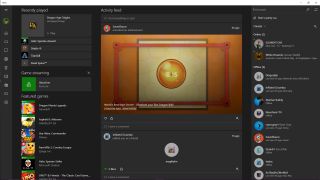 We compared graphics performance between Windows 7, 8.1 and 10 with our standard benchmarks. The results? Meh.

We were in the midst of running benchmarks and writing the stories for our Budget Gamer, Midrange and Turbo Blueprints builds when Windows 10 launched on Wednesday. So we figured, "Hey, while we're at it, let's take a look at how Windows 10 benches in comparison to Windows 7 and 8.1."

We took our Turbo build (look for the full write-up on that Monday) and put it through our standard benchmarks we use for Build Its and system comparison. The Turbo is a bit of a beast, sporting a 5930K, GTX 980Ti, and 16GB of DDR4 RAM which live on an MSI X99S SLI mobo. The main storage is an M.2 Kingston HyperX Predator 480GB SSD that boasts read speeds of 1400MB/s and write speeds of 1000MB/s.

We've been testing systems using Windows 8.1 for quite some time, so we hunted down our copy of Windows 7 and ran our benches. All went well with Windows 7, so we turned to Windows 10 to continue the test.

There's something to note here about Windows 10: It didn't like that we had our SSD set to PCI mode instead of SATA mode. While Windows 7 and 8.1 installed to the M.2 SSD in PCI mode just fine, the Windows 10 installer choked on two attempts.

First, we started an upgrade from Windows 7 at around 5 p.m. before we all left the office (in an attempt to "save time" so we wouldn't have to install our benches all over again). When we came back the next day, the installer had only made it to 32 percent. So, we tried a fresh install, starting at 8:45 a.m. At 4:30 p.m., the system still hadn't booted to the desktop, and we watched in vain as the little dots spun in circles, mocking us. It was only when we switched the M.2 over to SATA mode that all worked as it should.

After the installation, we were able to switch the M.2 back to PCI mode without any issues. We should also bring up that this particular motherboard doesn't have any Windows 10 drivers available for it yet. We're maintaining a list of motherboard drivers to make upgrades easier, so your mileage may vary.

Our regular readers may already know what we use, but here's a refresher. We use four main graphics benchmarks when we compare systems. The benchmarks are meant as stress tests on a system's graphics hardware. While we run more in-depth benchmarks at varying resolutions when we compare or review GPUs, our system tests stick to 1440p and above.

Let's take a look at how the the Microsoft OSes fared.

As you can see, the differences in score between the three versions are negligible. We got a slight bump up in Batman in Windows 10, but five frames per second isn't exactly mind-blowing. Let's have a look at Fire Strike Ultra.

Fire Strike Ultra does show us that there's a jump in score from Windows 7 to 8.1 of nearly 100 points. However, the difference in scores from Window 8.1 to 10 is a measly six points. Six. That's not enough for us to say that Windows 10 offers any definite advantages in graphics performance yet. However, DirectX 12 may change this in the future.

There are several other features that gamers may want to consider when making the choice to upgrade or not. The fact that there's PC-to-XBox streaming may be a selling point, while others may like the Start Menu over Windows 8.1's Start screen.

For now, Windows 10 is still dripping wet from its birth. It's wailing from having its butt spanked, so we know it's working, but it's not yet doing any better than its older sibling, Windows 8.1. After all, Windows 8.1's driver offerings are much more mature, so this can be expected in the early months.

We'll be running more in-depth tests to see if these initial findings hold true across more hardware and games, and we'll be watching as Windows 10 grows up.

Alex first built a PC so he could play Quake III Arena as a young lad, and he's been building desktop PCs ever since. A Marine vet with a background in computer science, Alex is into FOSS and Linux, and dabbles in the areas of security and encryption. When he's not looking up console Linux commands or enjoying a dose of Windows 10-induced schadenfreude, he plays with fire in his spare time.
See comments