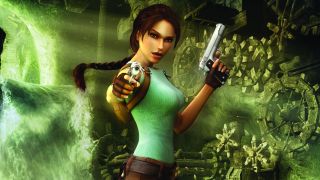 Find all previous editions of the PCG Q&A here. Some highlights for you:
- Which game have you played the most in 2018 so far?
- What videogame enemy scared you the most?
- Which game made you laugh the most?

This weekend's PCG Q&A is a kind of sequel to one we did last year, where we asked which game character you hate. Today we more specifically focus on protagonists in games: from irritating wisecracking heroes to boring bald men or spiky-haired leads with big swords, who is your most hated game protagonist?

You'll find our choices below, but we'd love to read yours in the comments too.

Back when I first started writing about games in 2007, my office was populated with other magazine writers telling me how good Gears of War was. And even though I'm beyond tired of cover shooting being the only way people make third-person games now, they were right: it was a phenomenally well made game with technically accomplished combat. It fixed a lot of the logic problems third-person shooters had at that point, a particular problem in the scrappy, irritating combat of pre-HD GTA games.

The characters, world and story of Gears, though? I don't think I could've bounced off of them harder.

Much as I love the work of voice actor John DiMaggio, Marcus Fenix is a beefy, exhaustingly masculine tank where I sensed no irony in his depiction. And that's fine: maybe Gears' unique selling point, in retrospect, was being melodramatic and sincere while every other sub-Nathan Drake hero was cracking wise, but man, Fenix and pals made the game hard to enjoy for me. Gears just wasn't my thing, and that's okay. Maybe I should pick up the re-release and see if it changes my mind.

What could it be? Is it the positive attitude, the sporting talent, the hearty tan, or the ability to laugh and be happy on command that makes me despise Tidus? He has issues—he's a Final Fantasy hero after all—but his ability to lightly hop over them and cheerfully excel is infuriating. Or maybe I just hate his absurd lopsided dungarees.

Wes Fenlon: Any Shepard that isn't mine (Mass Effect)

There are many Shepards out there, but only one of them is real, to me. Mass Effect did not have an extensive character creator, but it had enough face and hair options—and male and female Shepard—that every time I watch videos of the Mass Effect series, I'm struck by how wrong Shepard looks. That's not my character! That's not Shepard. That's some impostor, making the wrong decisions and saying the wrong things.

It's a little bit like an out of body experience. I don't think I've ever been attached to my version of a character quite as strongly as I was Shepard. The Mass Effect trilogy didn't get everything right, but carrying the same character over between games let me build up an attachment and personal history I'll never forget.

Reboot is the wrong word. The new Lara Croft is the old Lara Croft, made high-definition. She's a selfish, irrational, imperialist that has somehow read every history book on the planet without internalizing the catastrophic effect of colonization. She raids tomb after tomb, intervening in affairs that aren't hers, stealing cultural artifacts in the name of preservation only to drag PMCs with guns and explosives behind her. Nearly every building she enters is guaranteed to collapse. She attracts tangled, rusted rebar like a powerful magnet.

Even a cursory read of her character pains me. For the first two games she's humorless and alarmingly fixated on her dead dad's old job. When my dad dies I'm not going to take up fly-fishing and empty every body of water in the world. I'm good. Lara is just boring, a horrifically rich person with massive blinders and great upper body strength. That's it. Let the next collapsing building take her with it.