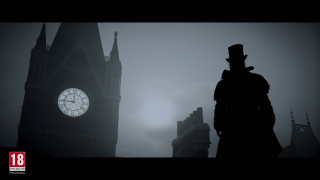 Back in October, Ubisoft released the Assassin's Creed Syndicate "Jacob Launch Trailer." And then the game didn't launch. Or it did, if you want to get technical about it, but only for consoles: To the surprise of absolutely no-one, a few months before the original release date the game was delayed for PC by about a month. But tomorrow, our big day finally arrives, and so Ubisoft has put out yet another launch trailer, this time dedicated just to us.

Naturally, it includes references to praise for the console versions of the game, and the blend of James Bond cheek and Guy Ritchie geezerish that struck me in the September story trailer is again out in full force. That's okay, though: I was put off by that change in tone at first, but something a little bit less grim and scowly might be just what the series needs right now. That, and avoiding the sort of concussed stumbling that turned Assassin's Creed Unity into such a wall-shattering train wreck, obviously.

Assassin's Creed Syndicate is out tomorrow. Keep your eyes open (and fingers crossed) for our review next week.