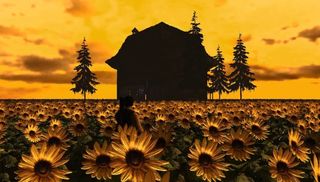 "There's something wrong with this place," states the voiceover in this new trailer for The Evil Within. That's the sort of thing I usually say after Chris and Andy finish another Christopher Walken impression-off, or when Ben says... well, anything, really. But in the midsts of a blood river gushing down a corridor? Something of an understatement. Clearly, then, the protagonist of Shinji Mikami's next survival horror is made of sterner stuff than I. A good job, too.

The Evil Within is due out on August 26th. If you want more information, you'll have to brave Chris's hands-on impressions .