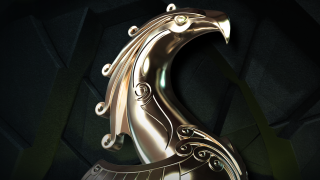 This was a fairytale ending. After seven fiercely-fought games across the lower bracket final and grand final, OG have become the first winners of a Dota 2 Major. They’ll take home $1.1m.

Formerly known as (monkey) Business, OG picked up a sponsor late and arrived at the tournament through the European qualifier. Unlike the most of the teams they faced on the road to the final, they weren’t invited. They also failed to qualify for the upper bracket during the group stage, meaning that they had to take the longest possible road to get here, facing elimination at every step of the way.

Yesterday, they surprised the world by taking out talented Chinese squad EHOME. That won them a spot against EG this morning: this being (mostly) the same EG that won the International only a few months ago. The resulting contest was thrilling: a confident start for EG giving way to two amazing games by OG. In the first, they snowballed off the back of a Tiny-Alchemist combo that they’ve run before. In the second, they struggled a little against a North American squad that was intent to dodge fights and farm. In the end, however, OG managed to clinch victory through a succession of amazing plays by relative newcomers Miracle- and Cr1t- as well as Heroes of Newerth veteran MoonMeander.

That’s how they got to the final: but they final was something else. After the EG match, MoonMeander described Secret’s legendary captain, Puppey, as the “end boss” of the Dota scene. OG’s raid was approaching its final phase. Defeat here would still be an incredible achievement for a qualifier team. Secret's fans gathered on one side of the arena floor, OG’s on the other. I don’t think anybody expected a showing quite as convincing as the one OG delivered next.

Game one, embedded above, was a stomp. A virtuoso turn by Miracle- on Invoker (a fan-favourite hero who has only made a few appearances at this event) completely shut down Secret. Dota has been through phases in its life where clutch skill was ultimately not enough to trump macro-scale strategy. This match bucked that trend, as did many of OG’s other performances: they pressed on through nerve and bravado, a little like the scene’s original darlings, Na’Vi.

Game two was a sixty minute-plus epic, but similarly impressive. Secret put up a fierce resistance, but they couldn’t overcome one of the best support pairs in the world in OG’s Fly and Cr1t-. All that crazy aggression from N0tail, MoonMeander and Miracle- was translated into victories by phenomenal defensive play. Watch through to the end to see Secret’s plans fall apart as first Cr1t- and then MoonMeander deliver perfect performances on Tusk and Earthshaker.

In game three, Puppey’s reputation as a drafter asserted itself. He locked out the defensive supports that had formed the basis of OG’s victories and pulled out an unorthodox draft including Wraith King that seemed to take OG off guard. This was one-sided the other way. Puppey has a reputation for ultimately winning series when he draws a bead on his opponent’s weakness: despite their two game advantage, a 3-2 result in Secret’s favour didn’t look impossible at this point.

In game four, OG once again found their preferred defensive options banned or picked. This gave them access to often-banned hero Doom, however, as well as Miracle-’s signature Shadow Fiend. Their solution to the absence of Tusk, Winter Wyvern and Dazzle was ingenious: they used Doom’s Devour to pick up Frost Armour from a jungle creep and stacked this with Lich’s own Frost Armour to create absolutely absurd damage mitigation for their core heroes. They surrounded this with Cr1t-’s brilliant Rubick and N0tail’s Brewmaster. Together, they were able to use Shadow Fiend as a battering ram: threatening barracks early and maintaining the pressure through setbacks.

Having seized map control early, they outmaneuvered Secret and forced errors that lead them to the Ancient and, ultimately, the championship. As the pyrotechnics settled down and they began their post-match on-stage interview, something happened that I’ve never seen in years of covering Dota LANs: the OG side of the audience surged forwards, invading the stage and mobbing their heroes. Forgive the dodgy camera phone photo: this is one of the best endings I’ve seen to one of the best tournament runs in the history of the game.

In a press conference afterwards, N0tail emphasised the role of trust in OG’s victory.

”What is most important in Dota is the things that are outside of the game” he said. “You are five individuals that have to try to act as a single unit. For you to achieve something close to a single unit, you have to be able to trust each other. To trust each other, you have to like each other. There are a million factors outside of the game. To be good at the game is not enough to win a tournament, or even get top three. That’s what I really like about the game.”

“Somebody like Miracle-, he’s so talented. But without his niceness, his genuineness, the reasons we like him, his talent wouldn’t be used and we wouldn’t be able to achieve what we achieved today. I value it more than anything.”

Imagine if every Dota player felt that way.