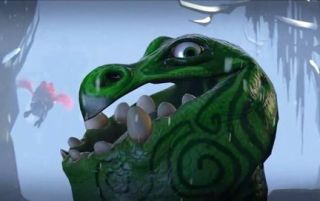 Less than three months after the last time we told you about it, a new, nicely-rounded peak concurrent user record has been achieved on Steam. During the late morning of March 15, a total of 9,068,777 people were doing their thing on Steam, all at the same time.

Valve took no special steps to mark the momentous occasion, which was revealed through its publicly-available Steam and Game Stats page, but it has to be happy with its steady pace of growth, which has climbed from peaks of six million in late 2012 through seven million in 2013, and nine million now. That meteoric growth is likely also partially to blame for Steam's poor customer service support, which Valve has acknowledged needs to be better.

Hopefully Valve will hire some more customer support staff this year, and take a more celebratory approach when it hits the inevitable ten million mark; perhaps there will even be, finally, (wait for it) cake.